Cycling Tee for Him

Before we get rolling today, I wanted to make a confession.  I entered the audition round of "So You Think You're Crafty."  Yeah.  I'm wild and crazy like that.  If you haven't visited the SYTYC blog before, it's a fun, friendly competition and this is Season 4.  Anyhow, while the competition requires the projects to be submitted anonymously, I would still love it if you'd hop on over and visit.  Vote for whatever project inspires you.

Today I'm going to show you the shirt I made my hubby for Father's Day.  It says "I heart RBX" which means Pari Roubaix (a really old, famous bike race).  While you might not having a cycling fan in your life, you can use these concepts to make a rockin rugged tee for anyone. 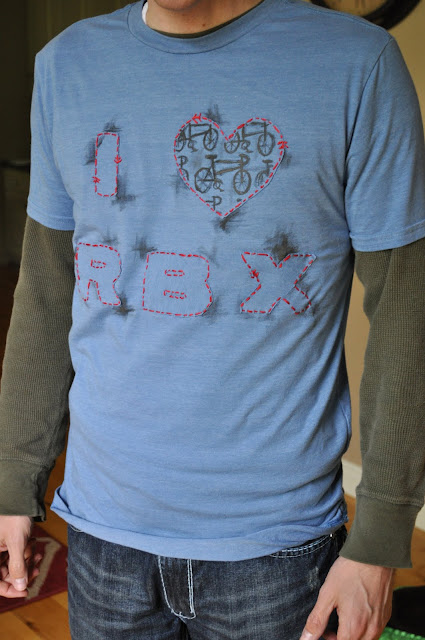 Here's what I did.  I printed off some letters the size and font I wanted. 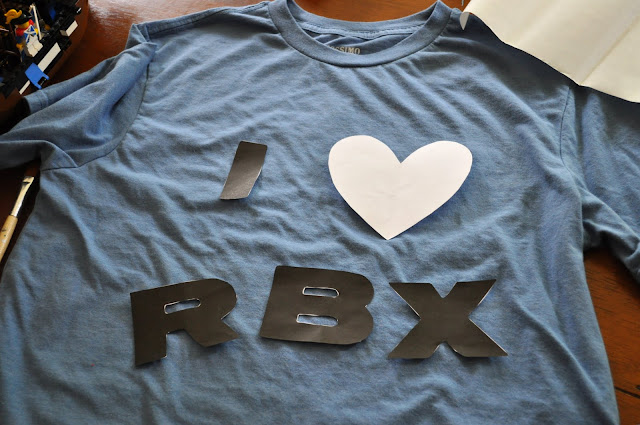 Then, I traced them onto the heat 'n bond.  (Remember to trace them backwards.) 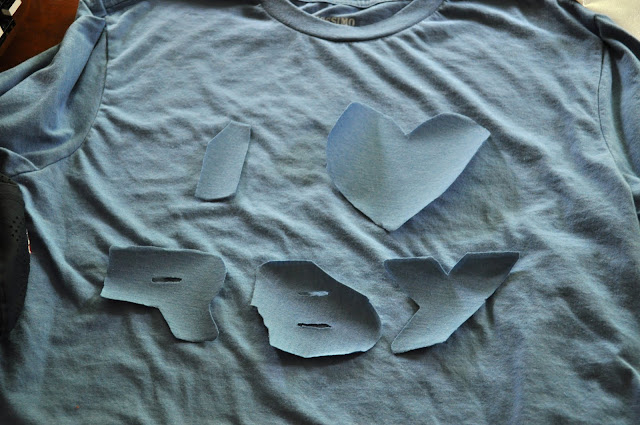 I ironed on the letters and then flossed around the edges.  Then I handpainted some bikes onto the heart in a messy way.  (Okay, yes I realize that's about the 50th time I've used the word "messy" in this tutorial.  I'm going to try to stop.  Really.)  Then I dry-brushed around some of the edges to make the letters pop.  In hindsight, I might have used a different color fabric for the lettering to showcase the texture a bit more. 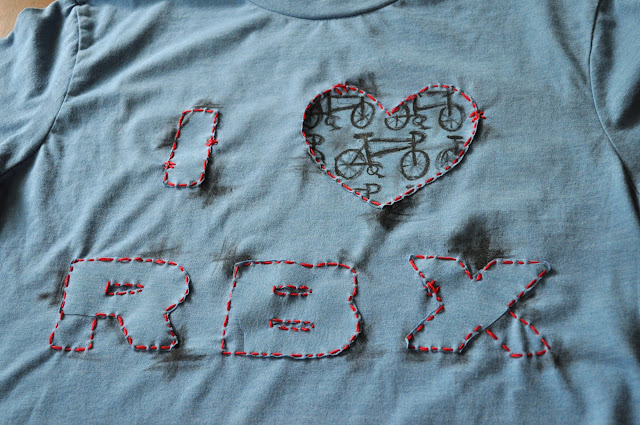 He likes it!  Don't worry that his face isn't showing it.  He thought that if he made a crusty face that I wouldn't show him on the blog.  Oh, so wrong. 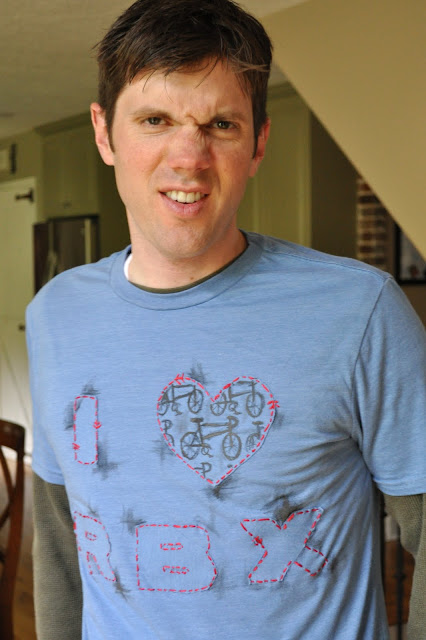 I caught him once without the crusty.  Ha!  I showed him. 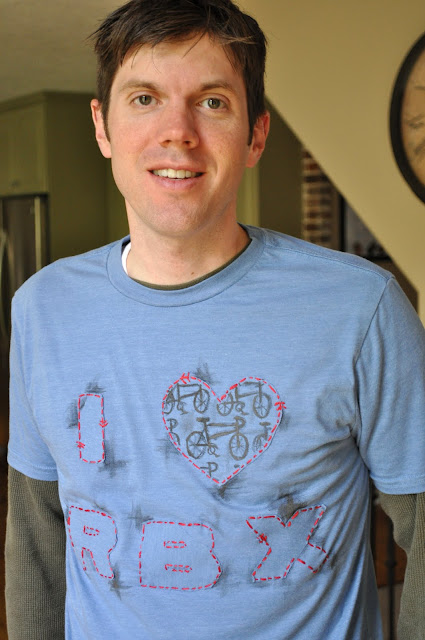 Thanks for coming over.  Now, if you don't mind....will you head over to SYTYC to vote?  I'm kind of hoping I don't get kicked off in round one, ya know?  Thank you. thank you!
Pin It
Email ThisBlogThis!Share to TwitterShare to FacebookShare to Pinterest
by iammommahearmeroar at 6:08 AM

Love this and I featured it on T-Shirt Tuesday #4 over at my blog. You will totally rock S.Y.T.Y.C.!

That's awesome. I love how you made the heart printed. Great job!

Oh and the crusty makes the picture much more endearing-- very him.

Wow--another husband who loves Paris-Roubaix! I took the lazy route this year and just bought my cycling fan a Graham Watson poster of the Tour de France.

I just read your "About Me" section--I went to college at BYU, but now I live in Wisconsin (Madison)! Small world. I just started reading your blog a month or so ago and have gotten some great ideas from you. Thanks!

Hey Cheri, I voted. I'm torn between two items that could be u!!! Oh wells, I sure hope those are Rex's lil legs...I like the dry brush you did on this t-shirt.

oh heavens that was a toughie. There we some REALLY cute ideas...but I think you are one of the most creative people on the planet and I secretly want you to win, so I was analyzing everything from your photography style to the hardwood floors or blades of grass. (I felt like a oh-so-important-detective.) Nerdy I know, but I hope I voted for you!!!

I voted for SYTYC earlier in the week, and I saw your name on the list. I love your projects and thought I could pick out which one was yours, but I couldn't! It really is anonymous. :)

Would love it if you would join me for my 2nd linky party tonight!!

This is exactly what I want for my husband (no kids to craft for yet!). This shirt = awesome.

And I am going to vote for you on SYTYC.

Love it! I always struggle to come up with ideas for the men in my life.You've given me great inspiration! I'm visiting from TTTC, hope you visit me too!

I didn't know you were in SYTYC. Cool! I'll have to tune in!