Since the original bathroom plans were laid out HERE, plans have already changed a bit.  However, we're finally in the fixing stage and out of the demo stage.  Hooray!

Here's what has changed.  I originally wanted a freestanding tub and had found a good-priced one on Overstock.  Then I realized the freestanding faucet that you buy to go with it costs almost as much as the tub.  OUT.  We went with a regular one that will be built in. 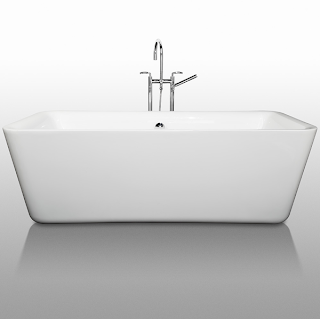 I also decided against the glass tiles.  I figured they were pretty trendy and I heard that keeping them clean in the shower was hard.  I decided to go with marble.  I felt it would be more timeless.  I did a little more research on marble and decided we could do it.  I read some things about having to reseal it and how porous it is, but then the lady at the tile place explained that it's like having travertine, which we had before.  Natural stone is natural stone.  It ages and has imperfections, but I think it's beautiful.

Anyhow, I actually ordered the tile from Amazon.  We had a friend who could give us a contractor's discount at the tile places around here, but it was still significantly cheaper on Amazon.  I didn't even pay shipping. 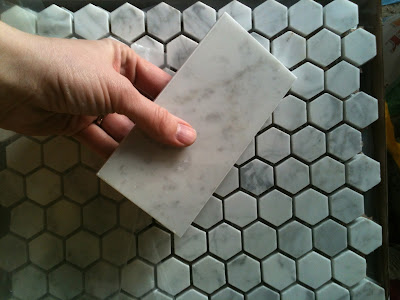 We spent a little more than I wanted, but this is the home we intend to stay in our whole lives, so I wanted to redo it nicely.


My parents came over and helped me paint the ceiling while everything was stripped down still.  (They actually did probably 90% of it.  I'm still not doing a whole lot these days.)  The previous owners had it kind of a glossy tan so we changed it to white to lighten up the space.  It was nice to be able to paint without worrying about staying in the lines.  The walls will be getting painted as well. 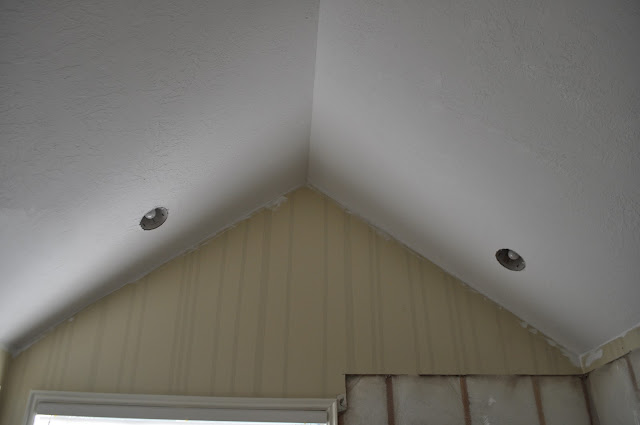 Lastly, the trim around the door has been removed as we're going to do board and batten.  I love this picture below.  My dad is letting Rex help and letting him think he's doing the majority of the work.  (I'm pretty sure he still does that with me as well :)  Thanks, Dad. 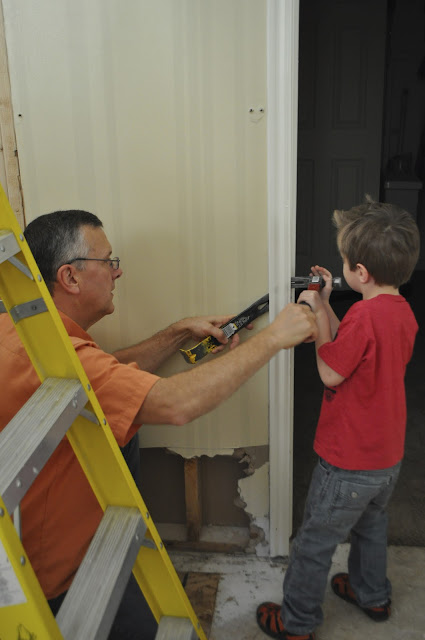 This week the tile starts to go in.  It'll probably take at least all week, I'm guessing.  Then there's still plenty left to do after that, but we're moving in the right direction.  Yay.

That's going to be so awesome! Making a home your own is so important, you'll admire those tiles for years to come. Maybe the UPS guy needs a cookie! :-)

Yay for progress! I'm so excited to see it all put together! Love how your dad includes the boys :) Such sweet memories are in the making in that picture and for some reason it made me teary eyed! (No, I'm not pregnant) ;) Hope your week is off to a lovely start!

Good luck!!! It seems to be preaty))I like the tile)
Aljonushka from faraway Belarus

Great tile choices Cheri! Can't wait to see it when you're all done!!
xo

This is going to be so beautiful! I can't wait to see the end result!

Beautiful choices Cheri! I can't wait to see how it all turns out.

We have marble floors in our bath and shower floor (basketweave w/black dot) and it is soooo beautiful and never shows the dirt and hair -- I figure if its still around in the ruins it cant be too fragile. Just a little hard to keep the grout free from gunk. Such a good choice!!! Be wary of marble slab vanity 'cause we already got a ring from hubby's shaving cream - but still georg!!! It all depends on your expectatins, is letting it be natural!

Love it!
Also, I always feel SO excited when we move past demo and onto putting things back together again. :)
Love your choices- can't wait to see your updates.

like it and what a treat with your father having a helper. It is a treasure beyond the beautiful to be bathroom. My son chose his grandfather for his bestman.!!!

We're in the process of picking tile for our bathroom right now! Love the choices you made!

I can't wait to see the finish product. After the first of the year my bathroom is getting an update. We have the same taste, I would pick the exact same stuff as you did! Hope you are feeling better soon!

Your parents are the best!