Did you ever play "Hot Lava" as a child?  You run from object to object, making sure not to touch the floor.  Well, I was at the dollar store the other day and they had these little rugs.  That's where my mind went - hot lava.  However, we're taking it up a notch and adding some educational value. First I'll show you how to make them and then I'll tell you a billion different ways to use them.  Okay?

Now I was extremely careful when I ironed the stencil to the rugs.  Why?  Because carpet can be melted really easily.  I put my iron on medium heat and only blotted it on.  I never left it on more than a half a second.  I wasn't super picky about the stencil adhering perfectly, because it's textured carpet.  It's not really possible.  However, ironing it on will be enough to keep it in place like you need it to. 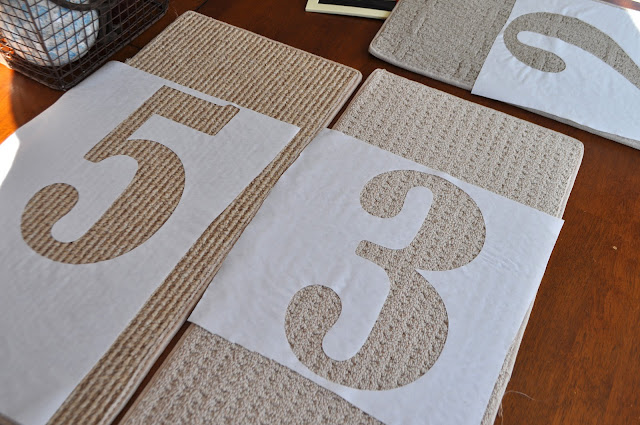 I got out my Tulip fabric paint and a sponge brush.  You need a fair amount of fabric paint because the carpet sucks it in a bit.  I went through a little over a bottle of paint. 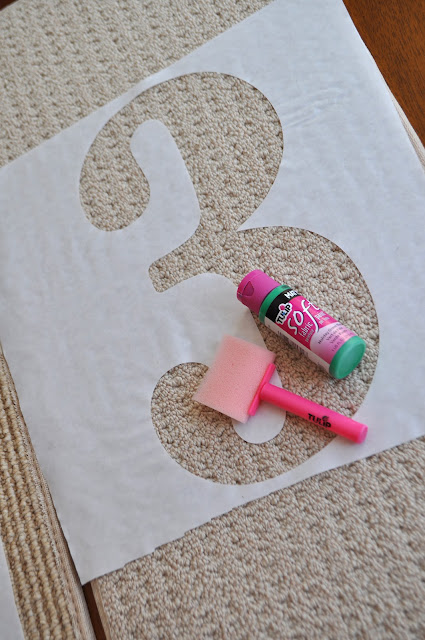 You can't really paint it on.  I used a stipple movement, pouncing the brush everywhere.  Then I peeled off the stencil.  Because I used fabric paint, the rugs still feel quite soft.  They aren't crunchy under your feet. 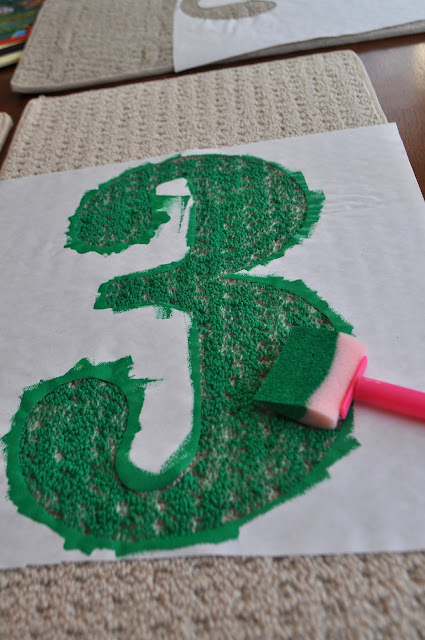 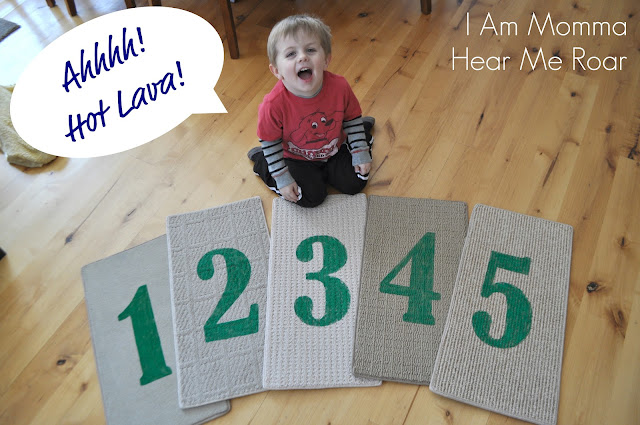 Now, how can you use them?  Well, there's the basic hot lava, of course. 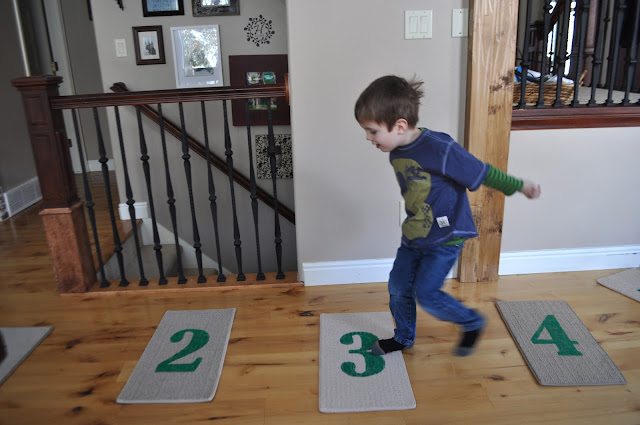 However, I gave them numbers so that my boys could learn as they played.  Here are some questions/games I play with them (in order of easiest to hardest).

1) For my youngest I call out a number and he stomps on it.

2) Put the numbers in order. 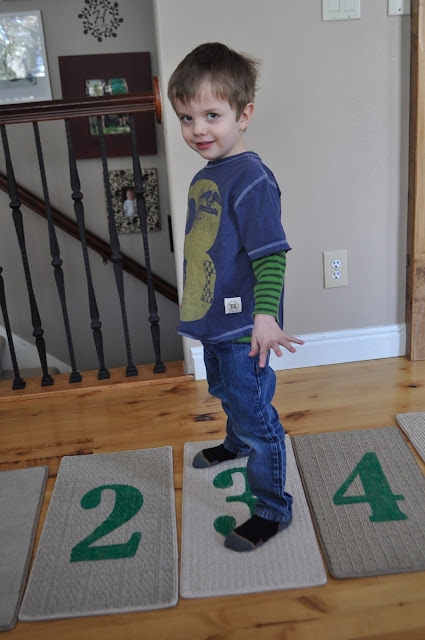 3) Make bigger numbers.  I ask my older child to make twenty-four or thirteen. 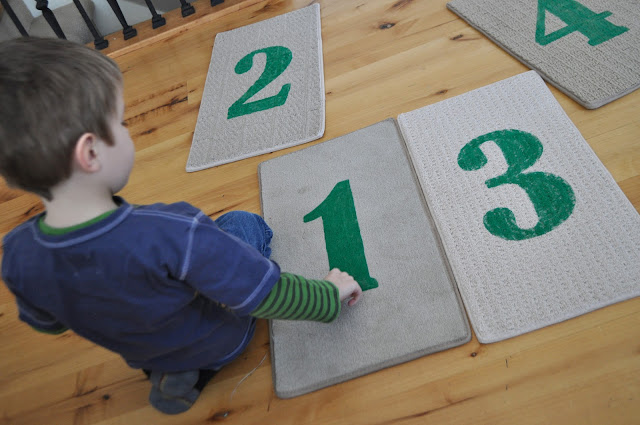 5) Simple addition and subtraction.  I ask what's five minus two?  He stands on the correct rug.

I think there are endless possibilities and I love an inexpensive project.  Even with the paint the whole project is about $6.50.  (Obviously you could make more, but my dollar store only had 5 left.)

This is a genius idea! My son is just getting into numbers and would love these games so much - thanks for the inspiration!

What a great idea! Our dollar store must not be as cool as yours, because I have never seen anything like this at ours! Jealous!

Dear Miller Family: you can actually order Dollor Store stuff directly from their website. I haven't done it yet though.

Awesome idea! I wonder if ikea have some cheap over in the UK...

What a fun idea! This would make a fun birthday party game or even a unique gift for friends. I think my niece and nephew would love a set!

What a great idea! Love the different textures in the rugs too!

AWESOME! I love it. it'd be fun with shapes and colors as well.

love it! that is how I taught my daughter her ABC's... set out flash cards and had her run to the letter I called out

I didn´t know you called this game hot lava.. but we sure have enought lava here in Iceland :-D But those are so very cool, I would have loved them as a kid!!

Gah! How adorable!! We totally played this as kids. Great idea, Cheri! :O)

This is awesome Cheri ! I'll be adding this to my dollar store list ! Thanks for sharing with us :)

This is a GREAT idea. I can already see it getting pinned like crazy. I'm off to pin it now actually!

seriously? GENIUS! my boys, even the 9 year old, would love this.

I {LOVE} THIS and made a Valentine's version with credit to you!! Thank you so much :) shared on: htt://www.dreambigmylove.com
Love your work!