The nice people at Annie Sloan sent me some paint to try out.  I was really excited because I had heard great things about her paints.  Like I mentioned, I tried it out on a really small project first (the napkin holder) before making my move to the stairs. 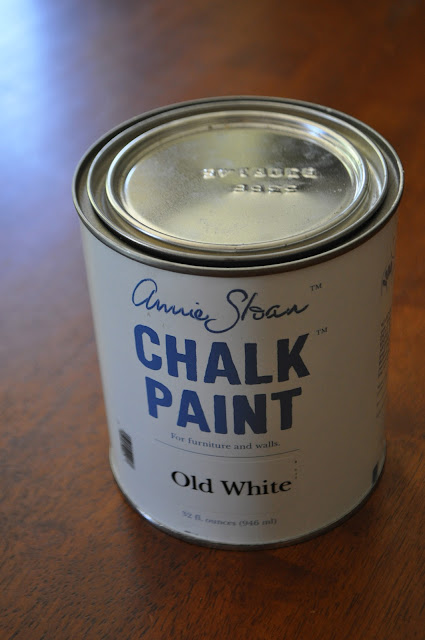 The stairs have been on my list for a while.  Here's the story.  The previous owner had someone stain them.  They used a gel stain and it was coming off and chipping everywhere.  You can't just add more gel stain and you can't really do anything but strip it.  I thought I'd strip the wood and refinish it, but as I stripped it I realized that they used different types of wood and it wouldn't all stain the same.  So, paint became my only option.

I tried out the Chateau Gray and the Old White and went with the white in the end.  I love the look of the gray, but it matched the carpet too much.  The white matched all the beadboard in the room, which worked for me. 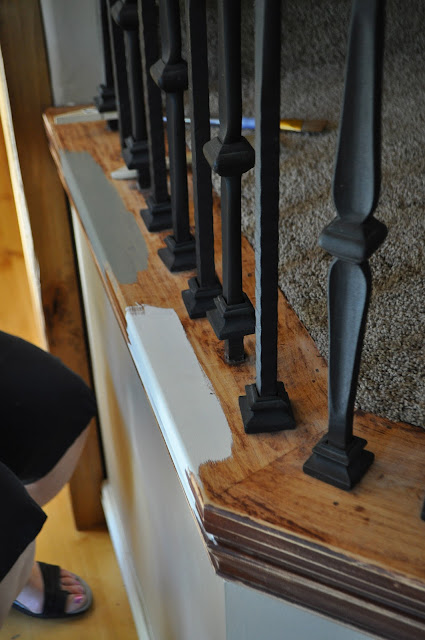 I spent a lot of time stripping the wood, but it still wasn't stripped really well.  It was weird because you could scratch off the gel stain with your fingernail, but the stripper didn't do much.  The Annie Sloan paint is supposed to be great for things that you don't want to sand or strip,  so I gave it a shot. 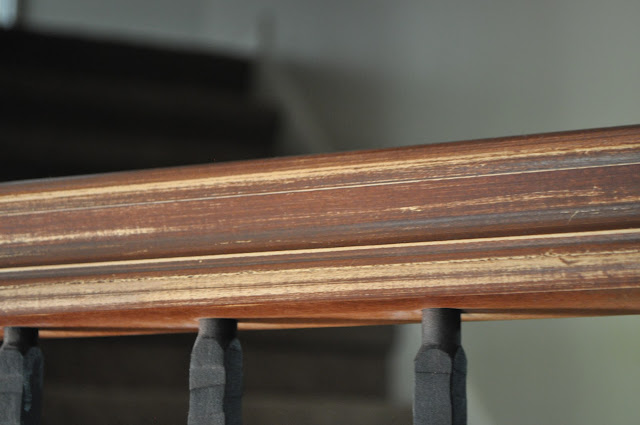 It feels pretty similar to regular paint as you brush it on.  Here's one coat.  It did two everywhere and then three in some places that still needed it. 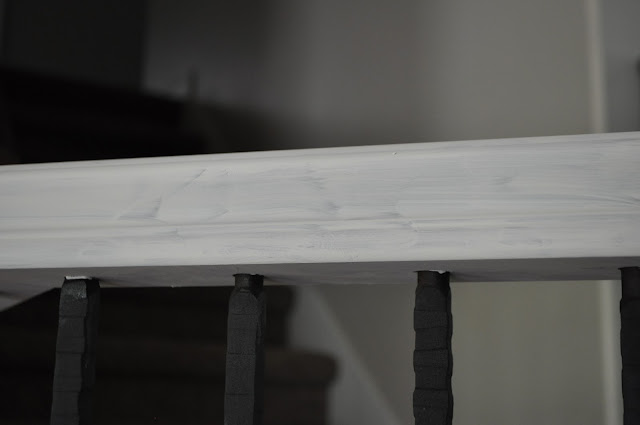 Painting stairs is incredibly annoying.  There's a lot to paint around and there's no way to keep all your brush strokes going the same direction.  However, I didn't worry about it too much because I knew that the Annie Sloan paint sands down really well.  So I sanded between coats so that you couldn't really see the brush strokes anymore.  After you sand it's just like a pile of chalk dust.  The more you sand, the more coats you need, but not having brush marks was important to me. 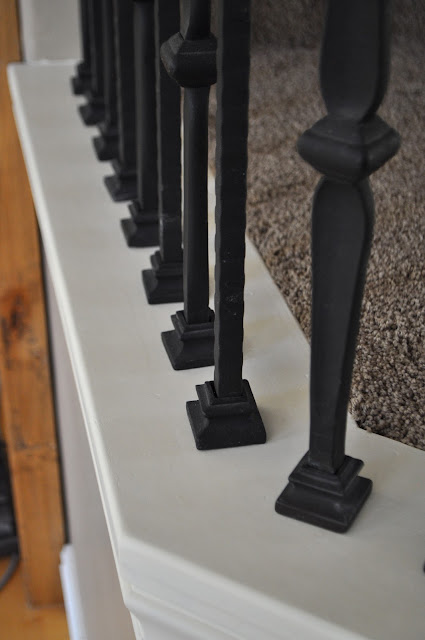 After all the painting was done it was time for the wax. 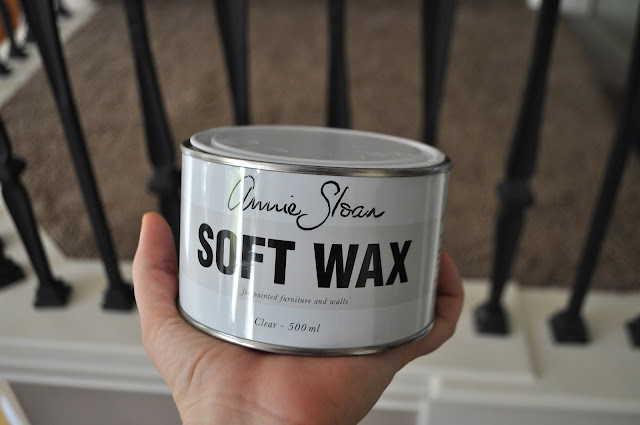 The consistency is a little thicker than pudding.  It's softer than other wax I've used, but it's used the same way.  I rubbed it on with a cloth and then rubbed it again to take off any excess wax.  It takes the paint from feeling chalky to feeling like it has a harder, waxy coating.  It protects the paint from chipping and it doesn't yellow the paint like polyurethane.  I really liked the wax. 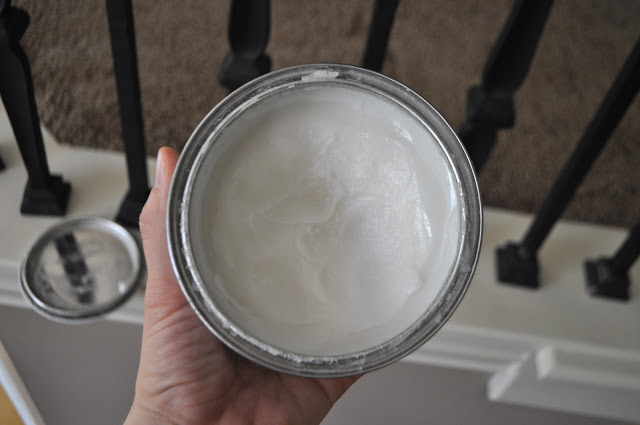 It doesn't change the color of the paint, but it brings it out - like putting lotion on your legs.  (I know that's a weird analogy, but that's the best way I can explain it.) 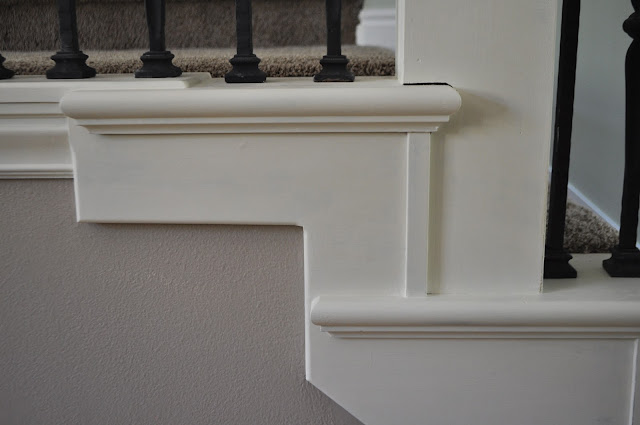 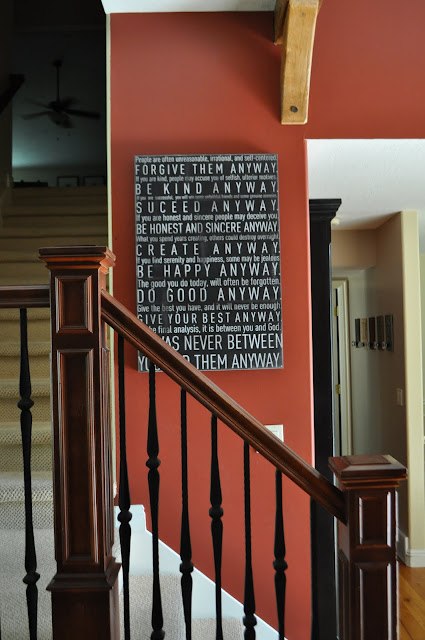 Over the last two years we've changed the carpet, wall color, and now the stairs.  I love the calm, cool, openness of the lighter colors.  (My mom gave me the square metal shelf for my birthday.  It was from TJ Max.)  The subway art is in a different location now. 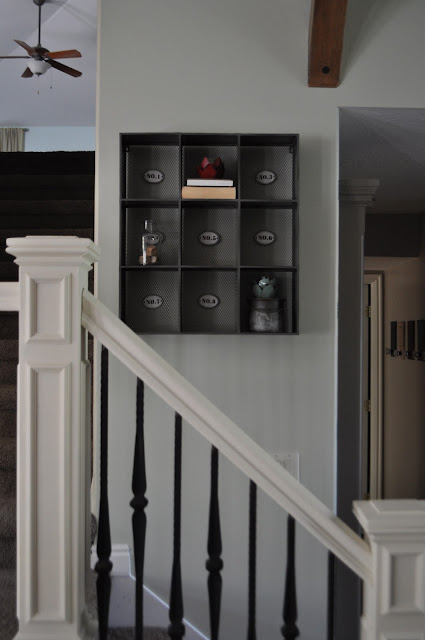 And here's the look as you enter.  (If you're wondering what the armoire thing is you can read about it HERE and see it repainted HERE.) 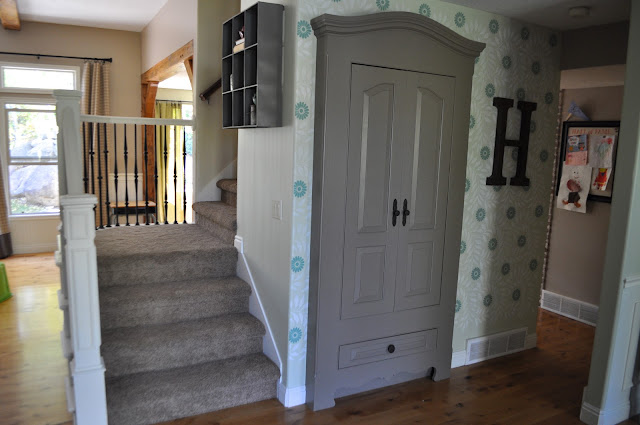 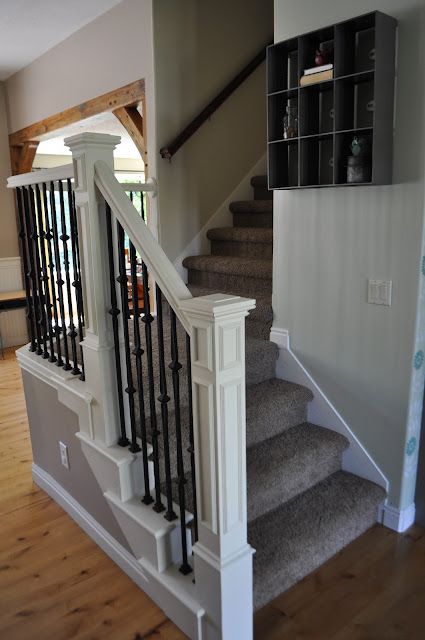 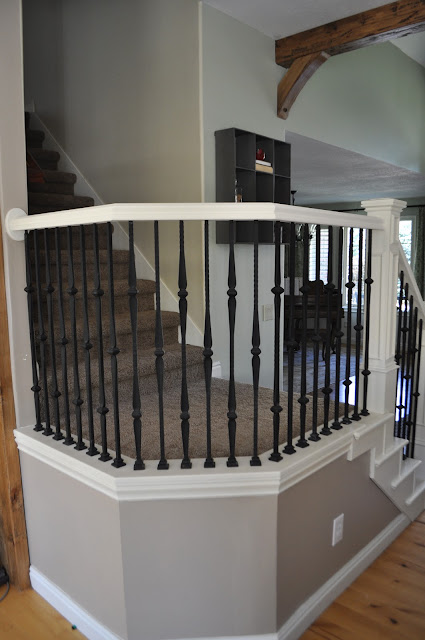 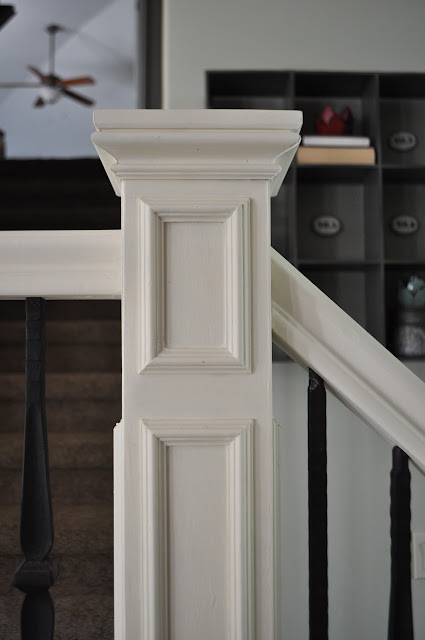 - Have you ever tried these Honey Lime Enchiladas HERE?  They are crazy good.  I alter the recipe a tad to make it healthier, but it's so good.  I need to make them again.

- Would you believe THIS whole outfit was made from a bed sheet?  Are you kidding me?  Wow.
Pin It
Email ThisBlogThis!Share to TwitterShare to FacebookShare to Pinterest
by iammommahearmeroar at 6:00 AM

I love the new look! So soft and elegant. When I move back to Utah, you are definitely coming to decorate my house!

Oh I love it~! Looks so professional ~!
I really like the finished results.. Great Job~!
ta ta for now from Iowa:)

Love!! Where do you get Annie Sloan paint? I've heard about it but have never seen it at HD or Lowes.

I have a similar recipe for Honey Lime Enchiladas. I've altered the cream for Greek yogurt and that worked well for me. I also use corn tortillas and layer the whole thing instead of rolling them up. So good, one of our favorites. Where can you purchase Annie Sloan paint?

That looks beautiful!! I cannot even imagine going around all the little parts of the staircase ~ that had to take patience for sure :)

However, it's still not in a lot of locations and I think most people buy it online.

There's about 4 places in Utah that have it (which are at the bottom of this list):

Yogurt instead of cream? Great idea. I bet you make the best dinners Chels - like your talented mom.

Looks great!! I've seen it pieces done with it before - but I think they skipped the waxing! Yours turned out beautiful! Thanks for talking about it - I had written it off, but I think I'll give it a try! :)

Did you use the Annie Sloan brushes? I used Annie Sloan paint for a coffee table I have, and I am really unhappy with the results. I think it could be a brush issue!? I haven't ever heard a bad thing about her paint- so it was really a let down. Your stairs look fabulous!!
Taylor
www.theplumverbena.com

I've been wondering about this paint too. Now if only I could happen on a gorgeous piece of furniture waiting to be refinished.

there is a place close to me that sells this paint, but $36 for a can makes me cringe!

I need to try out that paint! We LOVE Honey Lime Enchiladas. I also alter the recipe to make it healthier. I'm not sure what the full fat version taste like, but the lightened up one is AWESOME!!!!

I haven't tred the ASCP, but everyone raves about how little paint is needed to complete projects...how much paint did you use on your stairs?

I absolutely love the way the white turned out! I too have heard so many good things about this paint...and stripping sounds like so much work, I hope to try this soon on a couple end tables I picked up!

I'm so obsessed with Annie Sloan paint! I've redone my entire bedroom set, and couldn't be more in love with it! Your stairway looks awesome!

You seriously need to come and visit (aka fix up my shabby place).
You are so stinkin' talented.
I love the white.
Your Momma had a good find with that shelf. Super cute. :)

So...do you think it would be a good paint option for kitchen cabinets? I am painting mine in the next couple of weeks and haven;t yet purchased my paint...what do you think?

I think it could be done and look good. Kitchen cabinets are such a bear to do! I've put mine off for a long time because I'm afraid. If you could use a paint sprayer, that would be my first choice, but if not I think the chalk paint would be good. I would just do a lot of coats and sand them in between all the layers. It'll be a BIG project. GOod luck!

This blog site has really a huge collection of articles with impressive information.