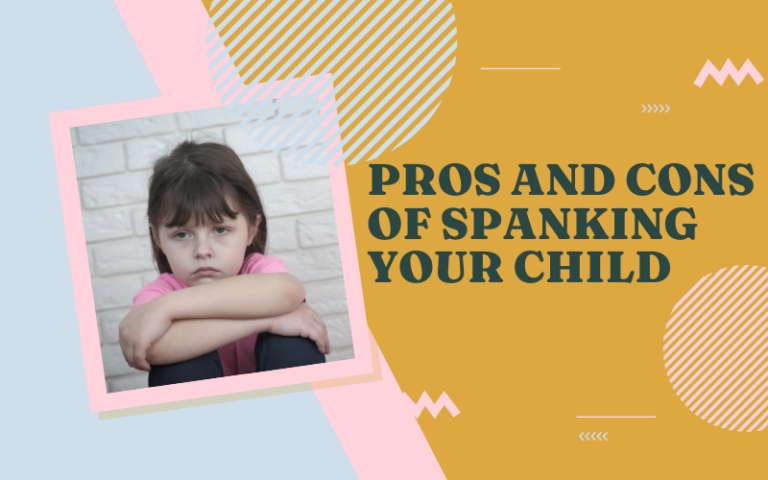 There has always been forms of discipline at home with parents and their children, as well as with the state and it’s citizens. The relationship is mirror-like and a lot can be learnt with how we as parents should discipline our kids. Some parents have grown up with generation after generation of spanking, whether that’s in the form of the belt, hand or even less seemingly punishment. Each having learnt a conditional response to an emotion to which they feel must be dealt with in a manor that reflects their understanding from past events.

So what does all this mean? Well, let’s look into some of the facts about society before we narrow in and compare how to discipline your toddler. Some places in the world prohibit the use of physical abuse in any form, places like the U.S, UK and even Canada rule out any punishment to children that involves discipline with physical force.

The use of any physical violence can and will be used in opposition to the point of possible prosecution and therefore the risk is strong, which some believe is a good thing, while others disagree. Cases of child abuse to the extreme have highlighted to the world the negative impacts it can potentially used when not properly governed and unclear boundaries set.

Forms of Spanking and Physical Discipline

I personally have been spanked, slapped and even threatened to get put into a child’s home when I was younger, but this did not, or at least I believe, scar or traumatize me to the determent of my overall well-being in later adult life, but I will say the potential is always there when unclear boundaries are present. I knew my parents loved me and there was never really any doubt, which is a strong reason why today I have a sense of love for myself and others For those who don’t grow up with that sense of unconditional love there seems to develop unhealthy patterns of behavior whether that is seeking relationships which are harmful and destructive or even self-harm because they feel unworthy of love.

I know of a child abuse case where some con’s of spanking your child have overstepped the bounds of moderation, if there is such a thing, to a point where the child has ended up in hospital and child services have had to step in to deal with the matter, because again before legislation set appropriate levels of discipline these kind of events were frequent.

Spanking kids as a form of punishment is the norm in countries where there is a lower economic development as a whole, although this is a generalization, there has been studies shown that poor standards of living have an association with toddlers getting punished with excessive force.

The pros and cons of spanking children is and will remain contested and I wan’t to explore further down this article both sides of the argument without bias review to allow you to form your own idea, however at the very end I will disclose my opinion on the matter.

The point here is to find out whether it is right for a parent to spank and hit their child if they feel and think that this will lead to a better outcome for the child and possibly family as a whole, because unity in the family is a good foundation for a healthy start in life.

Can There Be a Healthy Way of Spanking your Children?

An example is if a child gets a clip on the back-side when attempting to run across the road into oncoming traffic? Would a mild but firm smack be appropriate at this point? Some might say “yes” others “no” but whatever your view this example should highlight the complexity of the decision making that needs to be done here.

This leads onto the next question of whether there is an appropriate measure of strength in relation to physical disciplining the child, almost like a Richter-scale ? Some parents say there should be a measure of force that they might be able to apply to their kids:

This might seem strange, but in-fact this approach could be a major decision making factor because essentially it is about having the same rules apply for all of society when disciplining you baby and if the consensus of appropriation is unanimous then all parents will have a guideline to follow. This however is practically impossible in our current society and the implementation of such child discipline is dubious to say the least.

Who Hits kids the most? 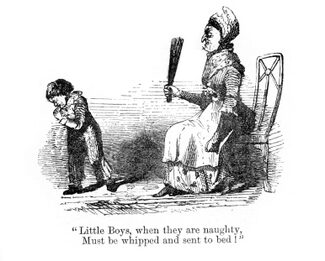 Lets be frank and say the majority of the worlds parents spank they’re kids. There is 7.2 billion people on the earth and believe me most adults with children are using the hand as child discipline methods. This might sadden some, but there is hope who need it, the trend is slowly fading and the more liberal western approach seems to be influencing the mainstream thoughts on this child disciplining matters, but the is a long way to go some might say.

Child discipline articles have been emerging and some very interesting studies done by Adam J. Zolotor looked into physical abuse trends in the U.S., they focused on 3-11 year-old children and the study showed how there is a 18% less spanking and slapping done to children by carers in recent times compared to 1970’s, which is still alarming to consider that  79% are still spanked and some hit with an objects.

This shows that Americans are still in the high percentile of parents who physically abuse their children, even if the dropping rate is clear. Places like the UK are leading the way in child abuse reduction with a vastly minimal numbers in comparison.

Factors like race, geo-graphical location, religion and income all have a role to play in determining child spanking statistics and recent studies have proven that over 70% of U.S. mothers feel it is fine to spank and discipline if the circumstances are “appropriate”.

This clearly highlights that there is a huge epidemic, although not always accepted, in child spanking and “in the land of the brave” they feel it is essential to spank as an effective child discipline method in order to maintain an orderly way of life.

Does Spanking Effect the Parent?

Personally, I find hitting my baby, or anything, usually uncomfortable and it doesn’t come naturally to me, however I can appreciate how others feel it does and in their personal set of circumstances although extremely difficult it is also necessary. Spanking a child is not the first thought usually that comes to mind when a newborn arrives. The challenge I think is that parents feel cold and steel-like when confronted with having to apply a spanking, which some suggest comes from a place of anger and frustration, rather than a place of “this is best for my child’s development“. This anger is then witnessed and the cycle continues from parent to child and then from that kid to their children, it is a perpetual cycle that never seems to end.

The emotional effect of spanking a child is difficult and usually from a place of “stress”. Stress is something that needs to be managed and usually a lashing-out is not from the high moral ground of wisdom, but from a knee-jerk reaction to a situation they can’t seem to manage. The spanking would usually be followed by the parent regretting the spanking and in many cases the parent feels so bad afterwards that they end up buying them loads of stuff to make up for the spanking.

The Con’s of Spanking Children in Years to Come?

Spanking has been known to create unruly behavior in children-turned-adults, which sometimes affects society as well their own later developed home environment.  Children later turned adults who learned not to express emotions appropriately and instead learnt that they should deal with stress through violence, they seem to struggle and find themselves acting in often violent and detrimental ways.

The Con’s of Spanking kids as a Short Term solution?

Spanking a child in the short term seems not to apply any real benefit and although the often unruly behavior might stop, the learning taken place is restricted due to the brain shutting down and the limbic-system is alarmed and responds as if in extreme danger, however with the parent being the persons spanking and ultimately having full control the child can’t run away. This unpredictable force hinders any healthy thought processing and the brain temporarily shuts down to a point where any judgement and reasons is perplexed.

This process of learning is unhealthy and research suggests the child’s love towards the parent is hindered and eroded to the point where the only solution is therapy.

The Pros of Spanking Children

Immediate solution to a problem

Some kids a oblivious to the dangers, and just like a flame, sometimes if these don’t get the idea straight away they could end up burnt. I remember as a child someone I knew loved to play with matches and although they we’re told not to the mischief continued, until one day he played next to hay-bales and the whole barn, with 50 bales inside, went on fire. This might be an extreme example, but it is a true story and therefore highlights, that maybe, if the child had been given a more extreme form of warning (spanking) the first time he played the fear of not wanting to get spanked by mum or dad would have deterred him from playing with fire.

Sometimes a kid can be the fourth and last child, always fighting for attention, but as parents trying to support 4 kids the challenge is great in itself, so time is short and therefore the child gets unruly and finds more extreme ways to seek attention, which might cause disarray if not kept in check. This is when a spanking keeps the wayward inline and could help with their development, because the limitation of time and potential bad patterns emerging could be quickly stopped with a controlled non-emotional spanking “firm but kind” some might say.

Ways to discipline a child some people suggest is by a quick slap or spank, which can get the child into a state of shock and the pattern that seemed to be emerging is quickly stopped. This is like when the seed could have potentially grown into a tree, but instead doesn’t have fertile ground to grow into a bad pattern of behavior. This approach can work to an extent and again falls into the short-term solution heeding, but might not necessarily work on a long-term basis.

Maintaining Respect and Control of your Child

Spanking creates respect in the child towards the parent, it is almost a dominating primal instinct, like the wolf in a pack it knows its place in the hierarchy and falling out of line will cause serious problems, even death. This extreme example highlights a paralleled mental process which spanking can instill into the child, but this maybe problematic as time progresses and the rebellious youth starts to emerge in them.

How to Discipline a Toddler Who Hits

The Conclusion to Spanking

Spanking as punishments for children, in my opinion, is an old way of dealing with problematic behavior and although this offers a temporary solution to the problem-child it does have consequences. Studies have shown that children ruled by fear of the hand seem to be less able to express emotions and therefore lash out as a way of expressing anger, upset and fear.

Experts say that how to discipline a toddler without hitting can be done with patients and perseverance, it is about having a clear boundary and setting the limit. This might sound difficult with your own set of circumstances, but there is many tutorials online which can give real-time visual experiences for those needing more help.