How to Sew a Basic Clutch

Quite a while ago when I posted this Beaded Clutch a lot of you requested a tutorial for a basic clutch.  Well, today is the day, baby. 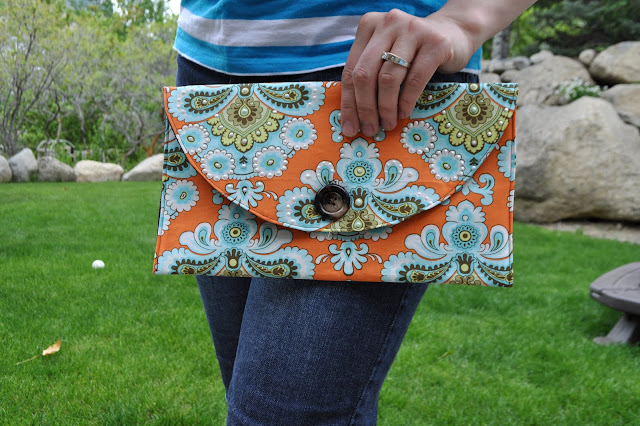 Now I'm actually making this scripture case today, but the concept is exactly the same. 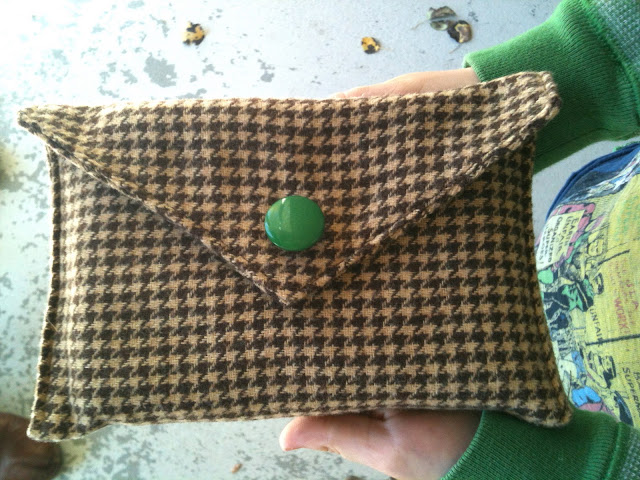 I made this for Rex to take his mini scriptures to church. 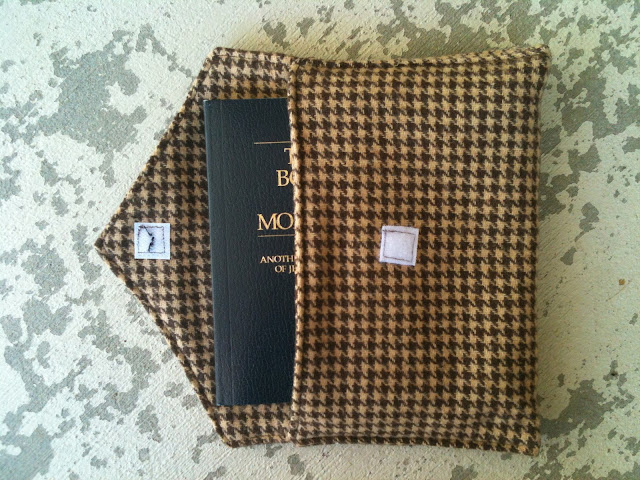 To make a clutch, you first need to decide what size you want it to be.  You're going to double that and add enough for a closing flap as well.  See how in the picture my fingers are indicating about how big I want it to be? So there's another length's worth above it and enough to fold over as well.  You can fold it up to see it if seems the right size to you.  (Keep in mind it will be a little smaller after you sew and invert it.) 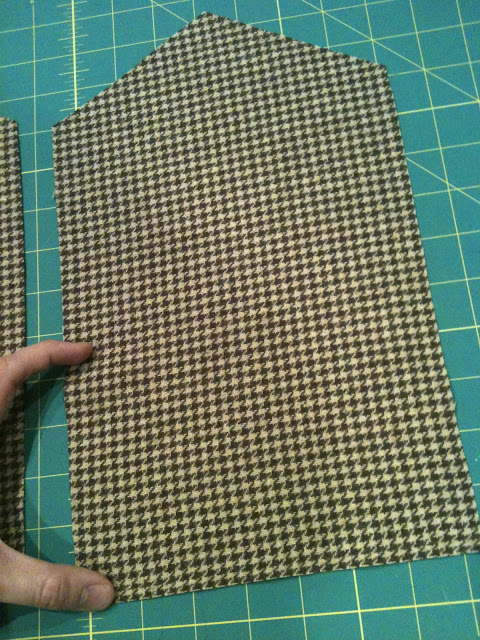 Now you'll need two of these and you'll place them right sides together.  Then you'll sew around the perimeter, but leave an area open to invert it.  I like to sew where the pink line is.  I'll show you why shortly. 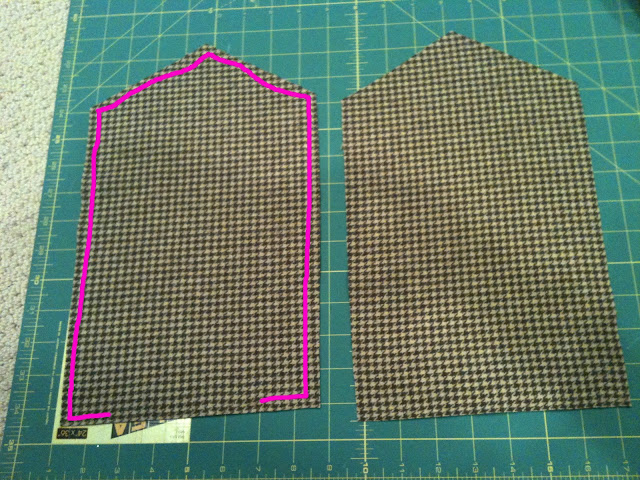 Then you clip the corners for less bulk after you invert it. 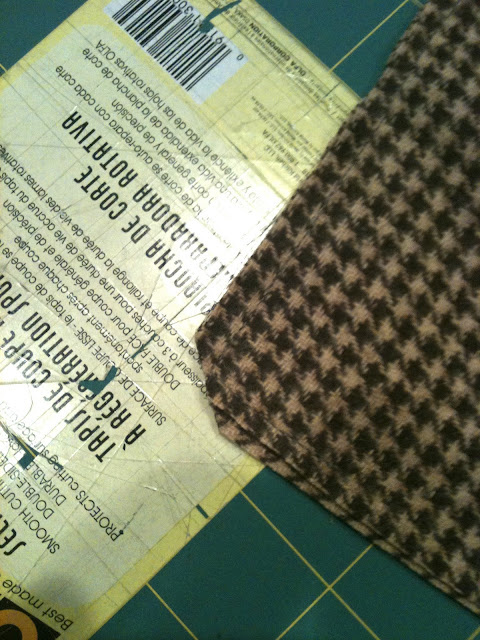 Invert and press.  Ironing it flat is important.  Be sure you have the corners fully inverted.  You'll also press the opening shut by folding the fabric inward. 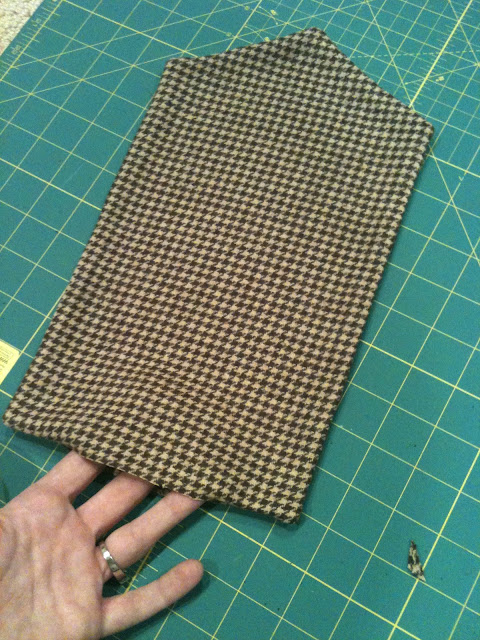 Now we're going to multi-task by doing our topstitching and assembling the clutch at the same time.  First you'll top stitch across the are you didn't close.  Just sew across the pink line below.  You want to be really close to the edge for a nice, clean, professional look. 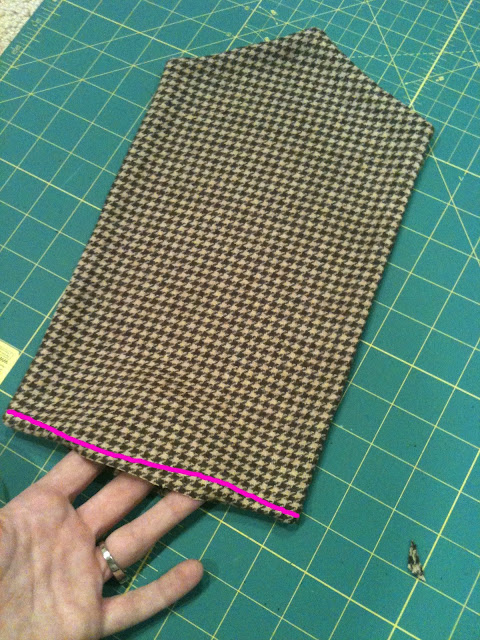 Next you'll fold up the clutch exactly where you want it to be and sew along the pink lines.  You'll be topstitching the sides and attaching them at the same time. 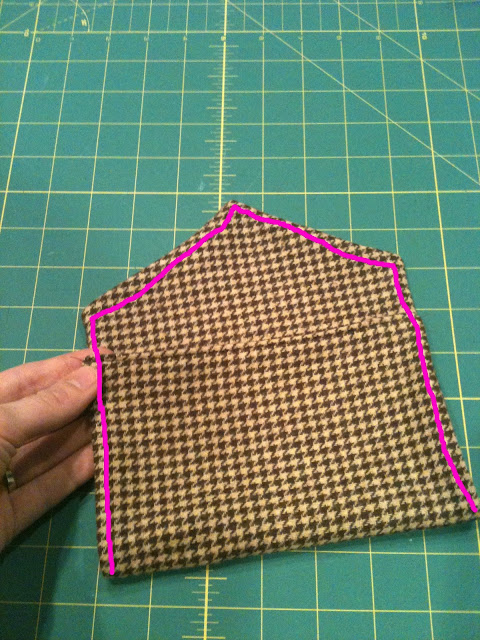 Now that is the basic construction.  If you want a button that's easy.  Just sew one on and add a button hole to the flap.  If you aren't comfortable with button holes, just create a little loop on the flap.  (It would be best to create it and sew it in when you put the right sides together and sew around the perimeter.  That way it's already built it.)

For this one I just sewed a tiny bit of velcro to close it and covered the stitching on the front with a little green button.  (Everything I make Rex has so have some green on it.  It's his favorite color and he automatically likes anything that has green on it somewhere.) 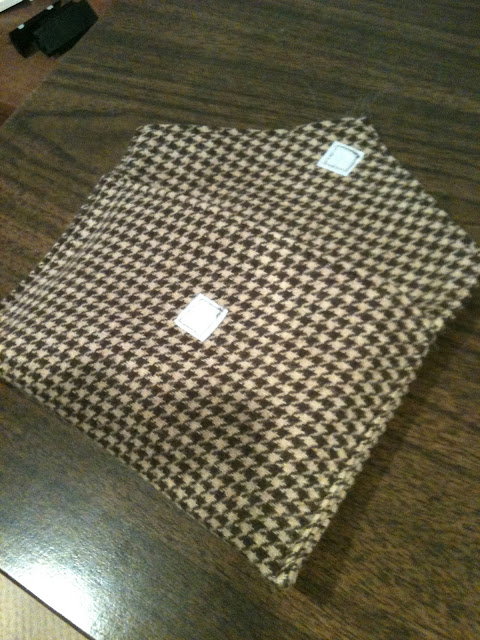 The fun thing is that once you make one you realize how simple it is and how you can adjust the measurements to make all sorts of things.  This one is a scripture case.  If you want an actual clutch I would recommend adding fusible interfacing to one side of the fabric to stiffen it up a bit.  (I did in the orange clutch above.)  Or add a little batting to yours and it can be an iPad case or any other object case. 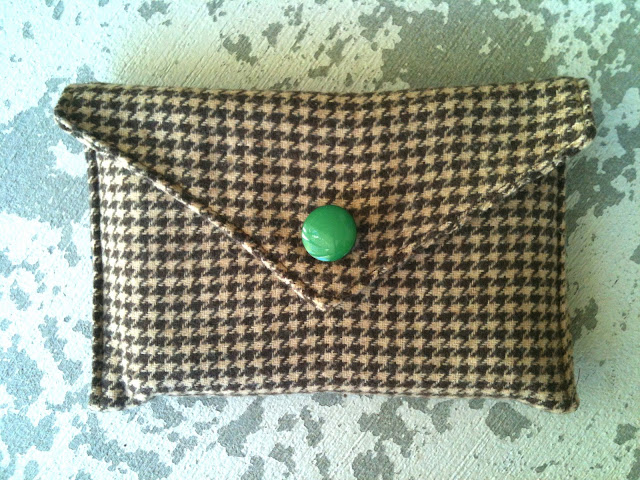 Want to try a leather clutch?  I made a leather one HERE.

So, if you brainstorm a bit and I'm sure you can find a lot of projects to make with this simple bit of sewing.  The sky's the limit.

Thanks for dropping in.  See you tomorrow.
Pin It
Email ThisBlogThis!Share to TwitterShare to FacebookShare to Pinterest
by iammommahearmeroar at 6:00 AM

Thank you for this :) I've tried making these before but had no idea if I was doing it right. It's nice to have a free tutorial to turn to.

So Yesturday I made some pouch bags with a zipper and see through window for my son's cars. Then another for snacks. Today I wanted to make a clutch JUST LIKE THIS, for diapers and wipes like I have seen, I am sick of having 5 loose things or hauling the whole diaper bag to the mother's lounge at church, and was brain storming and then your post--awesome Thanks!!!

Thanks so much for the tutorial!

So cute! Thanks for sharing. These are so versatile...add pockets, add wrist strap, add a zipper section- a great way to learn some new skills.

So cute! I never thought to make a clutch into a scripture case.

Thank you, thank you! I am making me a clutch to keep my stuff together in my diaper bag. I'm going to put some pockets and pen slots in as well to meet my needs. It should be a cinch with your tutorial, thank you! :)