Before we get started, there's a Silhouette giveaway on the post before this one.  It went up last night and it's a simple one comment entry.  You can enter it HERE.

Hi, I’m Sabra.  I sew a lot for my kids and myself and talk about it over at Sew a Straight Line.  I have been an I am Momma Hear Me Roar reader almost since the beginning.  I once stalked Cheri at a craft fair after she mentioned she’d be there on her blog.  Okay, I did that twice.  That’s not super creepy, right?  Well, apparently my stalking paid off, and I am crazy-excited to have been invited to participate in Refashionista this year!!  So, let’s get to it! 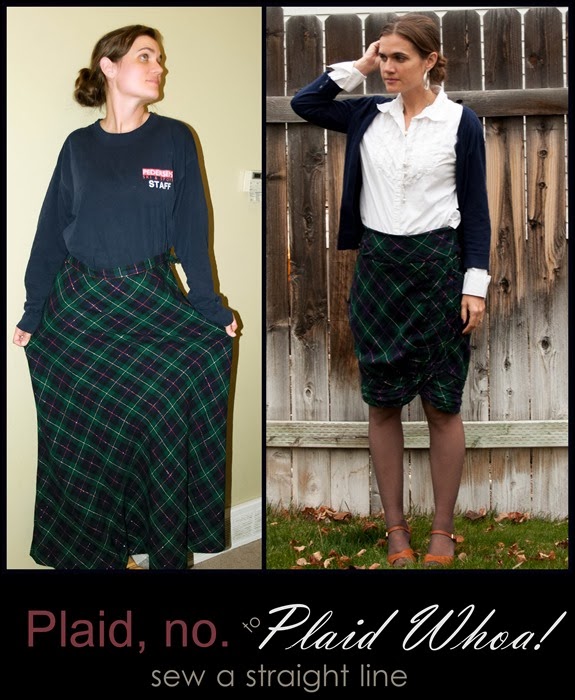 My refashion starts with this beauty from the local thrift store.  Long, plaid, and super-duper boring.  What drew me to it: fun, high-quality fabric (it’s a wool in an on-trend tartan) and lots of it.  There was a side zipper already installed in a good place.   It was $4. 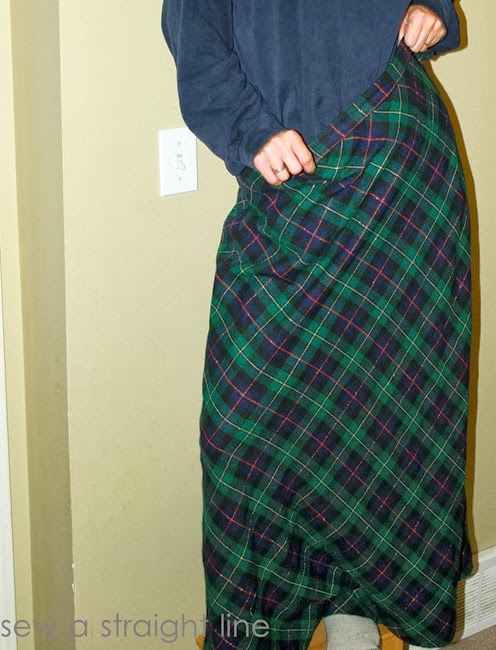 I knew I wanted something much more fitted and shorter, so I started googling “plaid skirt”, and eventually came upon this from 2010 Anthropologie from this source 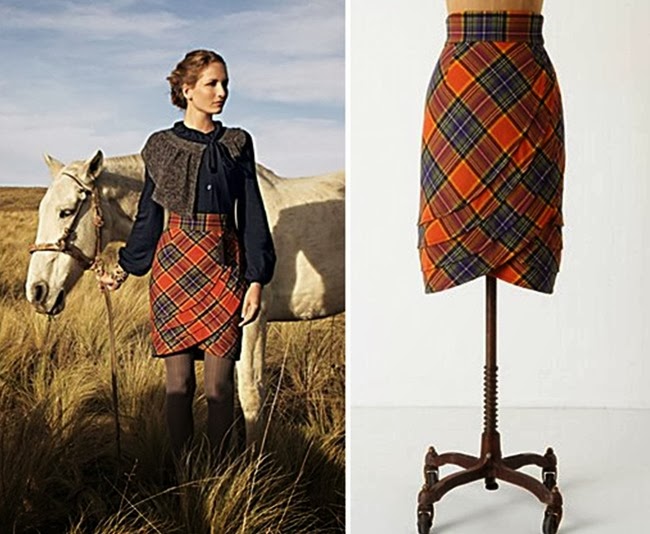 I really liked the layered-wrapped look of the Anthro skirt, and figured I could do some sort of faux layered-wrap with all the excess fabric I would be cutting off the bottom of my thrifted skirt.  Mine ended up not as clean finished as the inspiration, but it still has the general feel. 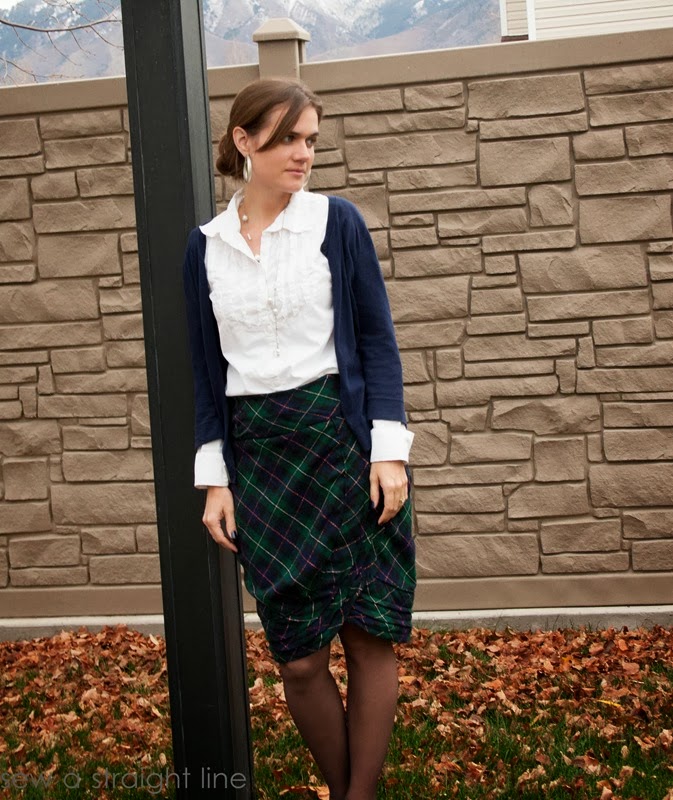 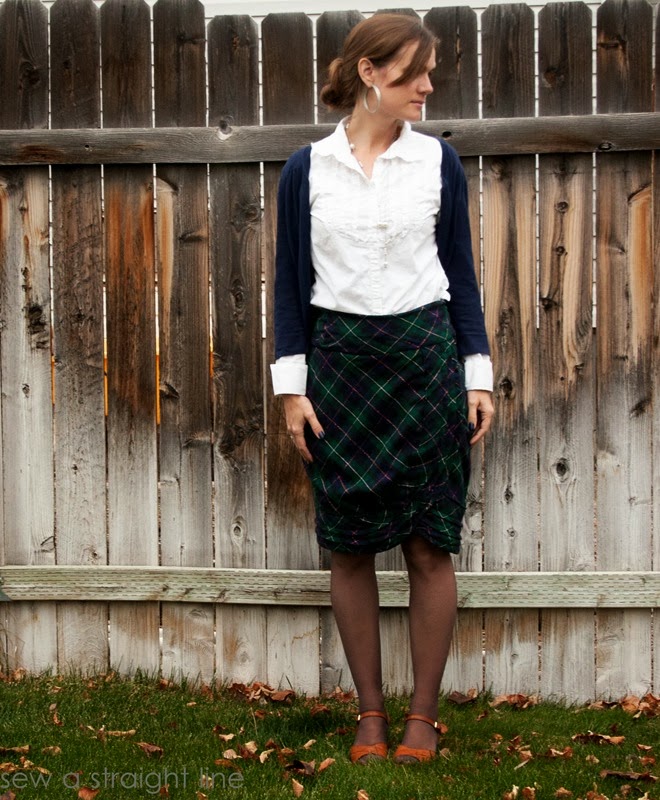 This is how I got my faux-layered-wrap skirt.  First, I measured the skirt to where I wanted it to hit at my knee, and then cut. 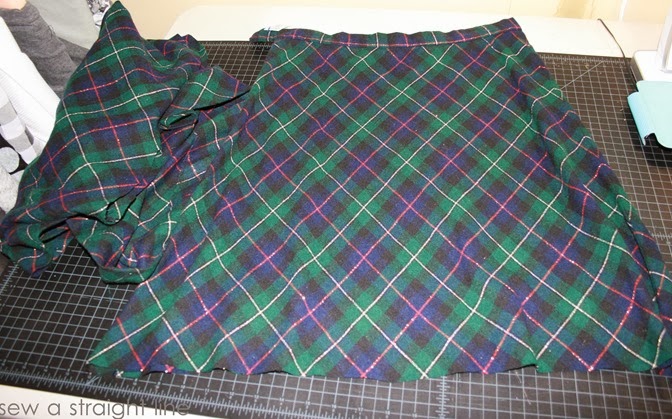 I used a French curve to bring the sides in for a more fitted body shape.  Then I re-sewed the side seams.  I started the curving after the zipper ended, so I could preserve that, and also because the original skirt was fitted okay up to that point anyway. 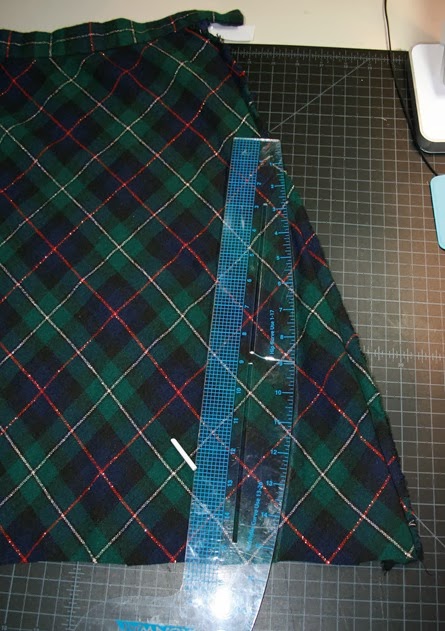 The thrifted skirt wasn’t lined, so I used the newly fitted skirt to make a lining, leaving an opening at the side for the already-installed zipper. 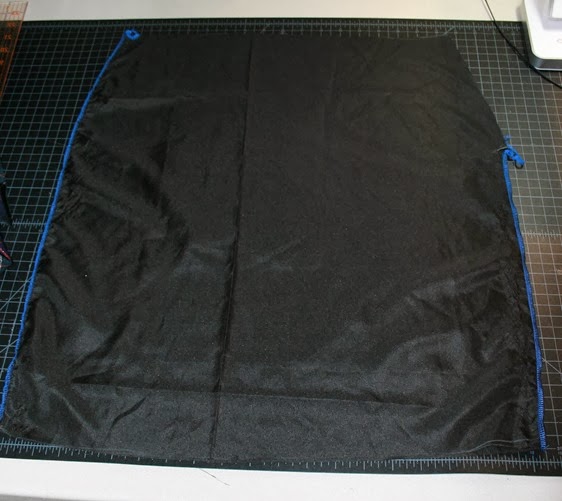 I inserted the lining, wrong sides together, sewed it to the zipper seam allowances, and basted it at the waist and hem.  Next, I cut out a rounded upside down “V” off to one side, through both the wool and the lining, then basted the lining to the skirt again along the cut.  After basting, I cut into the angle up to the stitches, but not through. 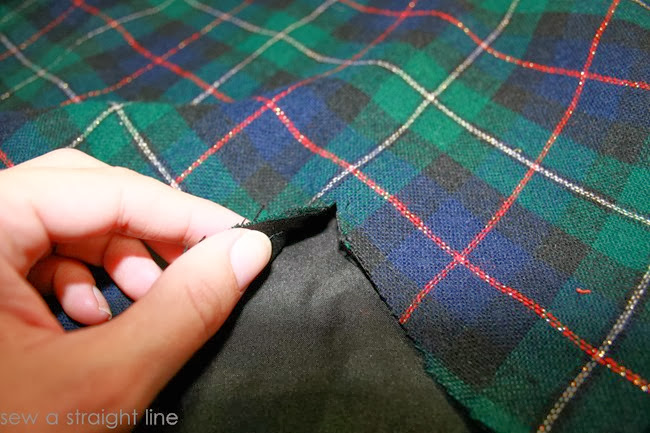 Using the excess wool from the bottom of the original skirt, I cut strips 4.5 inches wide.  Then I sewed them along the entire hem of the skirt as if attaching bias tape, to the wrong side of the skirt hem.  I started on the right of the V, overlapping about 1.5 inches, took the strips all along the hem, then back to the front and finally back up the left side of the V.  I stopped stitching where the strips started at the tip of the V.  Then the strips were folded over, again like bias tape, to the right side of the skirt.  I topstitched the entire sewn area.  When I got back to the V tip, I folded the remaining strip under 1/4 inch and pinned in place, at an angle, up the length of the skirt all the way to the waist. 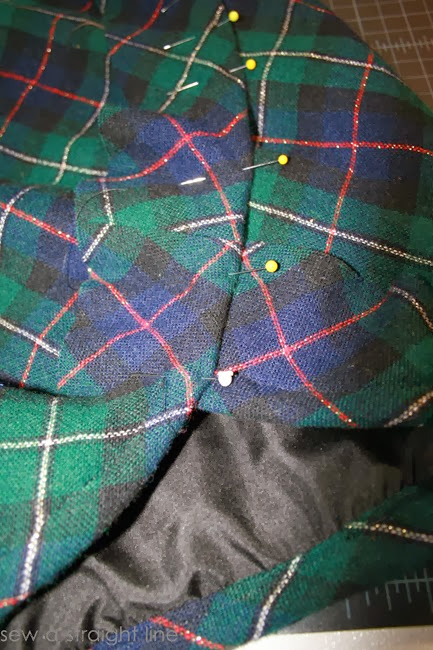 Then I took another 4.5 inch strip.  This time, I folded the entire strip 1/4 inch under, pinned in place following the first strip, and sewed the same, again stopping at the V and leaving the excess strip length. 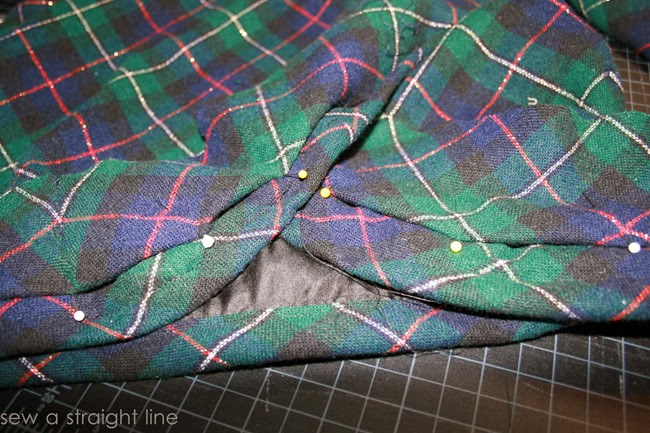 Then one more strip on top of that, just the same way as the second.  After all the strips were in place, I made sure the starting points (on the right) were covered by the strips on the left, pinned all that excess strip in place with 1/4 inch folded under, and sewed the edges of the excess down up to the waist.  Finally, I took the raw edge of the top strip, folded that under 1/4 inch and sewed it in place the entire length of the strip and all around the skirt, up to the waist. 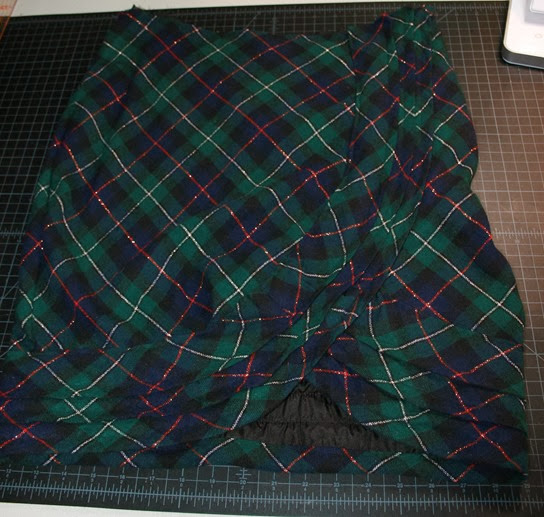 The last thing I did was use more of the excess skirt from my initial cut to make a wide waistband.  I overlapped the waistband at the zipper side, wrapping to the back.  The overlap is fastened in place with 3 buttons.

And now I have a sassy little wool plaid skirt.  Ta-da! 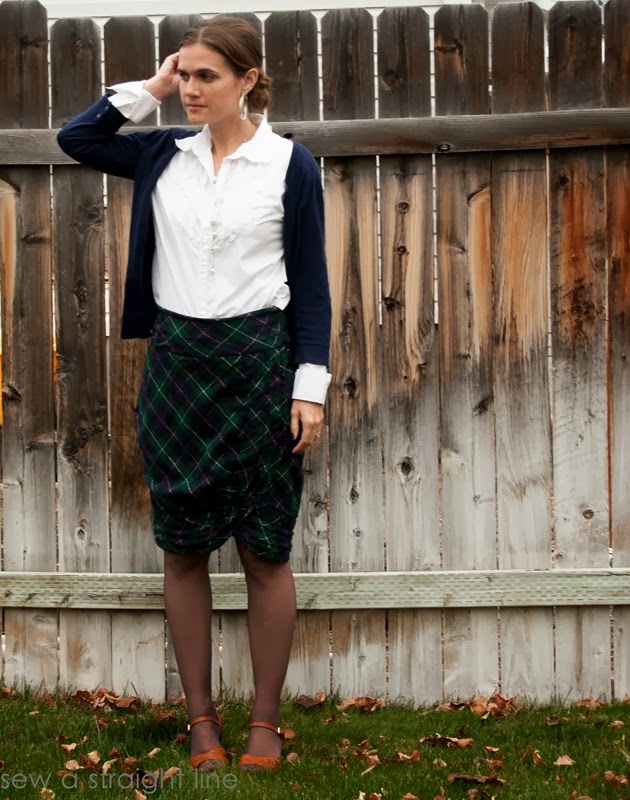 Thanks so much for having me, Cheri!


Thank you so much for joining in Sabra!  You rock.  All of you can see more sewing projects from Sabra HERE on her blog.  Thanks for stopping by.
Pin It
Email ThisBlogThis!Share to TwitterShare to FacebookShare to Pinterest
by iammommahearmeroar at 6:00 AM

Super cute skirt! I'm loving all the features this week!

I love how that turned out! Fantastic!

I love it Sabra! And I totally copied the same skirt a few years ago! Makes me feel good to know that you liked it too, lol. Love how your's turned out!

That is a fantastic skirt. Inspiring.

Looks great Sabra! Love that you gave it a new life with attitude!