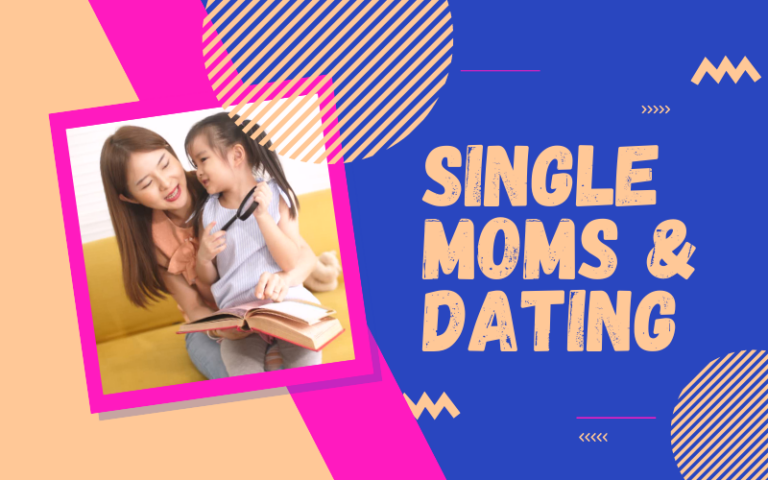 Everyone loves dating. It’s fun, you meet new people, and it can lead to something greater in life. It remains the same even for single moms, as it should. The fact that they have a child in their lives, and a bad experience with an ex who is the father, or emotional baggage if he passed away, doesn’t mean they won’t have a desire for another man in their life.

But, the situation differs a bit for them. After all, there’s a child to be taken care of and all of the responsibilities that an offspring carries with itself. Many men will stave off because of this. This begs the question, how hard is dating as a single mom? To tell you the truth, it can be not very easy, and below we are going to list the reasons why.

This is the truth. Ladies are drama queens, after all. Most single moms have their exes in their lives, and new boyfriends don’t want to have this issue to deal with. There are many women out there who are single and don’t have this type of baggage, so most men will date them instead. When you decide to date a single mom, you need to be prepared not to have only her in your life, but also her child and probably the child’s father.

These moments can’t be avoided if you are trying to have a serious relationship. It is because of this that single moms just don’t have the chance with some men. It’s unjustified, but that’s just how things are. We can only hope that there are still good men and that they come around.

All of us know that single moms dedicate a lot of time to their children. At least good moms do. Because of this, men often believe that single moms that are in the focus of their interest do not have the time needed for dating. This is nothing strange as, in most instances, things appear to be this way.

Single moms can’t just put out a sign that they’re available for dating. It is the lack of communication that kills many relationships even before they’ve started. While having a child takes a lot of time from anyone’s schedule, they can still have it left for other people. Someone shouldn’t be written off before you know how things are. Ask before you make a conclusion.

While some single moms would love to have men in their lives, they’ll still remain true to their priorities. You can’t expect any mother to be dedicated to a man all day long, not even when they’re married. But, men aren’t full of understanding, especially when they’re eager to date someone. There are some who like to have all the attention to themselves.

When someone is wired like this, they already know that their relationship with a single mom just won’t work. The only way one could have the time needed for this type of relationship would be the one neglecting her child. But, the again who want that type of woman.

Men Believe They Can do Better

Many single moms feel as they’re not wanted or desirable just because most men think they can do better. Maybe they can’t, but probably they aren’t able, but still, the opinion remains. Having kids is the most beautiful thing that can happen to anyone, and just because someone has one and doesn’t have a partner doesn’t make them less desirable.

Thinking that a woman is worst than the next one only because she has a child has no foundations in logic. This is just a stereotype that floats around and is not substantiated in evidence. But, unfortunately, a man’s mind can’t be changed sometimes. And it shouldn’t be; single moms deserve better than these narrow-sighted men.

The Little Matter of Child Raising

Single moms are used to doing everything by themselves, but this doesn’t mean they couldn’t use some help. Unfortunately, most men are not willing to dedicate themselves to raising another men’s child with the passion needed for the act. It’s just the way some of them are, and we can’t blame them for it. It’s nature’s way. There’s not much that women can do in this situation. The brain, the looks, nothing helps. It is a massive responsibility, and some of them just can’t tackle it.

There’s a bond to be created, and some men fear they won’t be able to develop it, while others are scared that they’ll succeed. This is one of the primary reasons why dating is hard for single moms. But, they shouldn’t let it discourage them. Thanks to the websites such as the one you’ll see if you click here, single moms at least now have more opportunities to find the perfect men.

Fear of Getting Attached to The Child

This one is similar to one of the points we listed above but still unique on its own. Here, the matter isn’t that he’s not willing to take care of someone’s else child; it’s that he doesn’t want to get too attached. In this case, the reasoning can be a positive one. There are people who have no issues with other children, and they’re able to form a bond and nurture it.

They’re afraid that they’ll be too attached and that the bond will have to be terminated once the relationship with the mother is over. It is a scenario that can happen. Yes, there are men that will consider everyone’s feelings, not just their own. There are many of them; you just need to look better and be patient.

As you can see, dating a single mom is a challenging task. But you should look beyond all the negativity and believe that a real man is waiting for you. We’re sure he is; you just need to look over all the superficial men. This is by no means an easy task, but give yourself time, and it will all come to its place.