For today's feature Friday I wanted to share something with you that Rex loves.  Arm warmers. You've most likely seen this as a tutorial for turning knee-high socks into leg warmers, but as you know, I don't have girls.  So around our house we use baby legs or leg warmers as arm warmers instead.
I wish I knew where I originally found that tutorial.  It was the first post I'd even seen in the craft blogging world.  I didn't know that such a thing existed.  I was so excited that someone would show me how to make something in a clear tutorial and it wouldn't cost a thing.  Funny, huh.  Anyhow, I found a suitable tutorial right HERE.
Here are some that I've made. 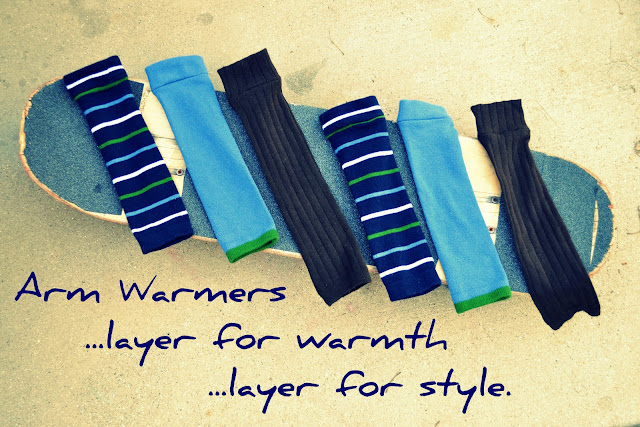 They're nice in this kind of weather since it's colder in the mornings, and then you can peel them off when it warms up.  Plus they make a cute shirt even cuter.  You've seen Rex sporting them in a few posts. 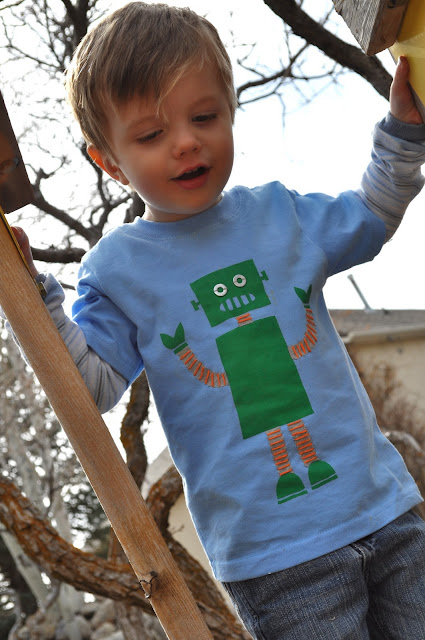 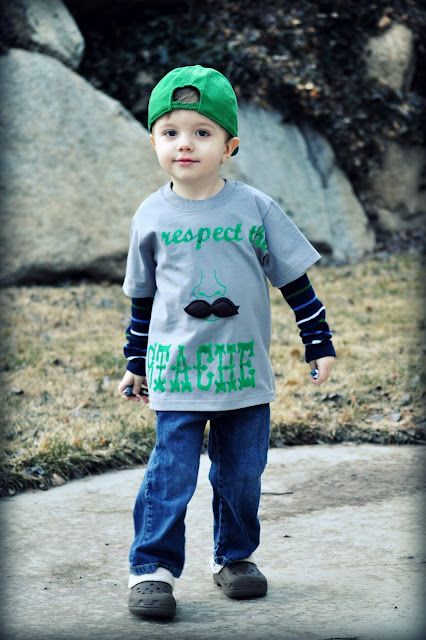 Anyhow, if you'd like to make some, pop on over to the tutorial HERE.  It's a great beginner sewing project.
Thanks for reading!
Pin It
Email ThisBlogThis!Share to TwitterShare to FacebookShare to Pinterest
by iammommahearmeroar at 6:36 AM

I love these! I've been looking for long sleeve shirts so I can layer some of my little guys short sleeve shirts to wear all year, and never once thought of this! I'll be trying this one!

I never thought of that...what a great idea! See, boys are fun to sew for :) I am going to try it. Thanks for sharing.

totally hitting my head and saying "duh!" right now... why did i never think of this before?? i make these all the times for little girls - and have even made some for my youngest boy to wear while crawling in the summer. but this is so smart. thanks for sharing this!

These are fun to make! My little guys arms were too skinny to wear these last year.

So cute! I am thinking of making some and sewing them into Gabe's short sleeve shirts for fall. Then if they still fit next spring I'll just cut them out!

I'm super excited about these!!! I just assumed he was wearing a layered shirt in those pics. I am definitely going to be making these for my boys. I was just thinking yesterday, that if I had girls, I would make all kinds of leg warmers. Now, I will just make arm warmers instead! Thank you for continuing to inspire mom's who are blessed with boys.

LOVE the "Respect the Stache" shirt! I MUST HAVE ONE! Is there a tute on here for it?

Can I just tell you how much I love your blog!! You are SO talented and I love seeing what you come up with next!! Happy weekend!

you are awesome. It's so hard to find boy sewing projects, yet you always seem to have something fantastic up your sleeve!
Thank you!

That Respect the Stache shirt is awesome! Did you make it? I would love to get one for my boys.

From someone else who only has boys and is disgusted with the fact that you can only find cute tutorials for girls...THANKS! This is actually the perfect solution to the fact that by the time we actually wear the clothes I picked out for family pictures...it will be cold and the clothes aren't the warmest. I SO APPRECIATE your blog and your creativity. THANK YOU (And you were the first blog with the turtorials stuff for me!)

I love this idea, Cheri! This is awesome.

We love these at our house too! I have boys and girls and all my kids love them...even my 9 and 7 year olds! Fun post as always.

My 7 year old wears them as arm warmers and the 3 year old as leg warmers...This reminds me I have a couple of Halloween warmers to make!

It's like baby legs for their arms! What a great idea. I need these for my boy. =)

Thank you so much!

I love the robot shirt! Did you make that? We are doing robots for my little man's first birthday and I'd love to make him a shirt like that. :)

I made these for my three boys and they LOVE them so much I am forced to make more.

I LOVE your posts about how to make cute stuff for boys! No one talks about it. Girls get all the good press. So, as a mom of four boys-- THANK YOU! Also, thanks for the idea on what to do with my old baby legs.

I love the mustache shirt. Did you freezer paper stencil that? I just watched that tutorial. My husband has a really full beard and I think it would be so cute to make that and instead of respect the stache, respect the beard! Hoping you did stencil it!!

This is such a great idea!! I'm going to try it for sure!! Thanks so much for sharing! I love your site!!!

Did you make his shirt too? LOVE it!

I use legwarmers on my boy still. I layer them under his pants to keep him warmer in the winter.

Thanks for the great idea! I linked to you at http://aloadofcraft.blogspot.com/2010/11/arm-warmers.html

I really love this robot t-shirt. I make it for the boy of my sister. Thanks for your blog and all that you do. Best Regards!

Thanks for idea! I linked to you at http://www.lizon.org/2011/07/nakolenniki-dlja-polzunka.html