A couple of weeks ago I showed you how to make a fun felt flower on the autumn bloom belt.  Well, today I wanted to show you one more take on that flower.  I switched up a couple of things and I wanted to share it with you.  So, here's the last felt flower tutorial.  Then there will be no more.  I don't want to beat a dead horse.  (Okay I'm probably not beating a dead horse to you, but I feel like I've done a lot of felt stuff since my sister and I did a lot of it on our headbands.  Maybe I'm just talking to a dead horse...no that sounds worse.  Forget the dead horse.  Let's move on.  I'm pretty sure you're not supposed to have this many sentences between one set of parentheses anyhow.) 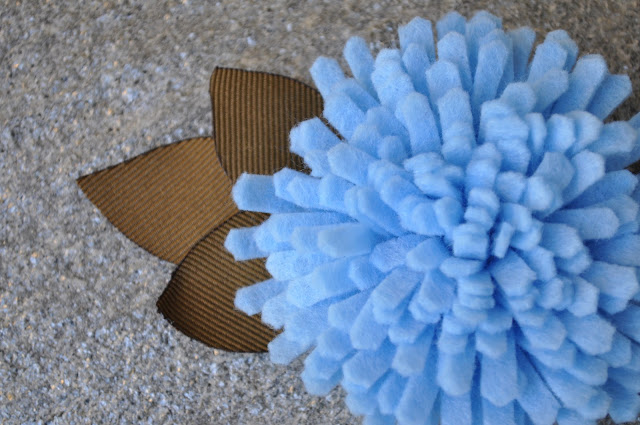 The flower making process is almost identical to the flowers on the autumn bloom belt, but I used pinking shears to cut the strip first. 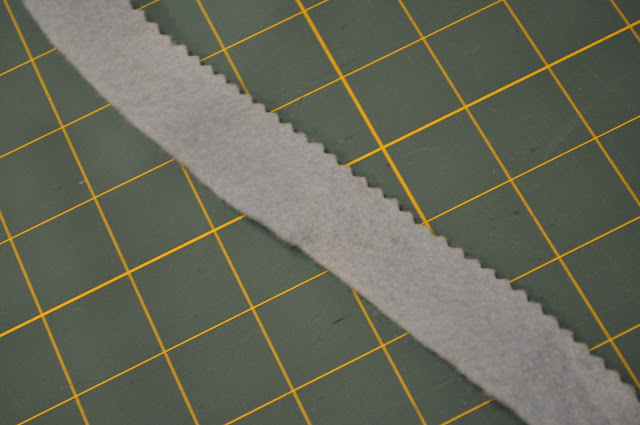 Then I made my slits occur in the corners the pinking shears created.  See?  It makes for a really fine, consistent flower.  Then I rolled the flower as I did on the other tutorial. 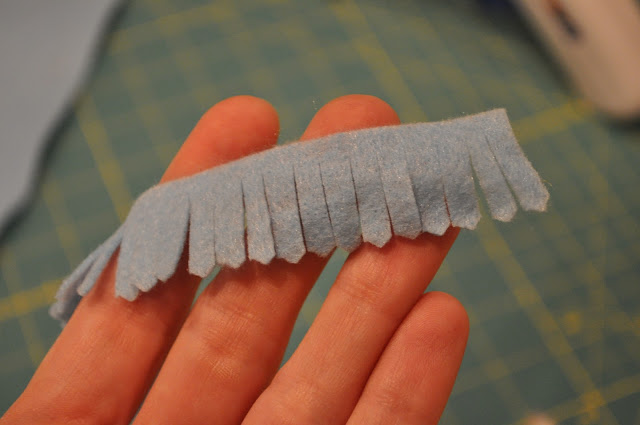 Lastly, I cut leaves from a large grograin ribbon and melted the edges so they wouldn't fray and so they'd look cool. 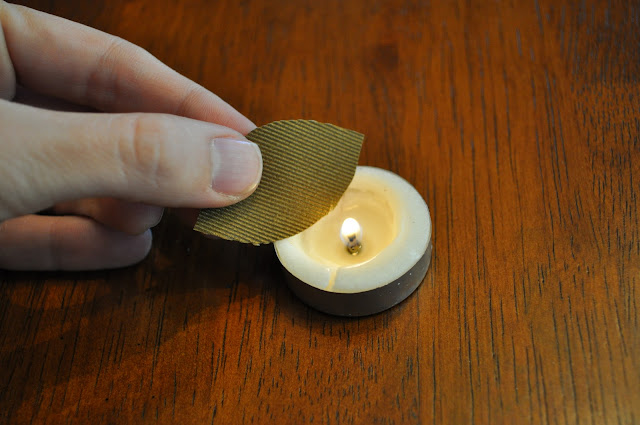 I like to use the same color felt as my base so that any of it shows, you won't really notice.  I glued the leaves down and then the flower.  Then I trimmed away the extra felt of the base.

I love the versatility of a good flower.  It can go on a headband, on a shirt as a pin, on a bag, on a belt, or pretty much anywhere you need it.  This light blue one kind of has a fun winter feel to it. 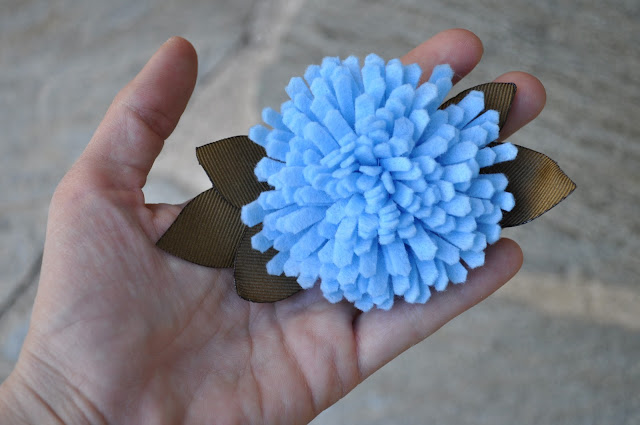 Sidenote: If you don't have a strip of felt as long as you need to make the size flower you want you can always piece together a few different strips and you'd never notice. Just a tip. 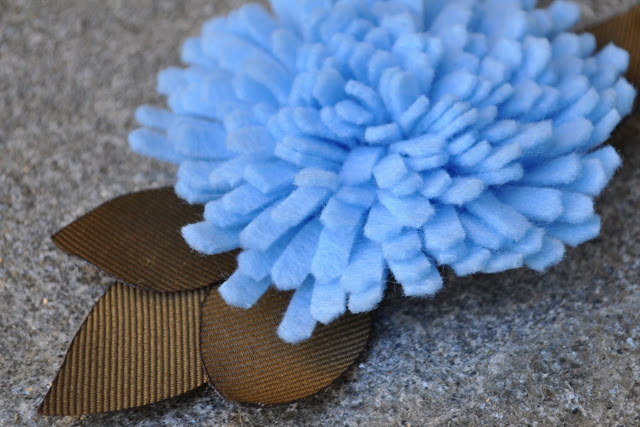 Thanks for dropping by.  Tomorrow I have a post that a lot of you have asked about.  My sister is going to show you how to give a little guy a good haircut.  See you then!
Pin It
Email ThisBlogThis!Share to TwitterShare to FacebookShare to Pinterest
by iammommahearmeroar at 7:07 AM

Golly you are really amazing. I'm so sad about no more felt flowers....

That's such a cute flower and it's one I surely can manage to make! :)

thats completely adorable, I love the little change you did to make it pop and stand out more! So great.

I'm in love with your flowers! Can you make me like 500 so I can put them on everything?

I never thought I NEEDED pinking shears, but now I definitely do!

This is great! Thanks for the tutorial. I can see myself making many of these :)

Oooohhh....LOVE THIS ONE! And I was thinking "how on earth did she get every petal the same size?" Well, question answered. (in a completely genius way) And if there's a limit to words in between parentheses.....I'm in big trouble. Why was I not aware of this rule? Awesome, as usual.

Love the new edges! Thanks for sharing. The horse is still alive!

I LOVE these! How cute would they be to add them to a gift? When I was expecting my first my mom wrapped up the present and put some headbands on top as the bows.
Thanks for sharing! I can't wait to make one of these.

This is such a cool felt flower! Thanks for sharing!

Your conversation with yourself about the dead horse was really funny. I love this take on the felt flower. So easy but it looks time consuming at first glance. I really need to make me one!

This is adorable! I love your unique spin on the rolled flower. So cute.

Oooooh looks like you saved the best for last. I love this flower!

I never would have thought to use pinking shears! Cool!

That is such a smart technique to get consistent petals! Thanks for the tip. I am making baby headbands today. :)

I felt so silly after reading this!!
I made the felt flower but wanted the rounded petals & I DID IT BY HAND!!!! when I could have used the pinking shears!!! duh!!! :)
THank you!!! - now I have to go & make more for my little girls!!
can't wait for your post tomorrow. I have totally mangled my boy's hair..

It's the first time I visit your blog, and I loved it so much! I took one of your tutorials and I did my flower through it. You can see it in my last post, where you are, of course, featured.
http://unvagalume.blogspot.com/2010/10/flores-pompon.html

Beautiful! I loved the first flowers but I love this one even more! Time for me to go and buy pinking shears!!

You are so creative! Love your site and great instructions you share. Thanks a bunch!

This is such a great flower and tutorial. I've featured and linked to it in a Flower Roundup on my blog: http://kinzieskreations.blogspot.com/2010/11/diy-flower-roundup.html

Thanks you very much! Wonderful working..

I LOVE your flower and featured you on my Fabulous Fabric Flowers post!! Come by and say hi! :)
http://kirstikoo.blogspot.com/2011/04/tons-of-fabulous-flower-tutorials.html

This flower is so very cute! I can not wait to make some for our daughters. I'm new to your blog as well, glad I found you!
Sabrina
http://4mykiddos.blogspot.com

hot diggity!! You are so smart!! I LOVE it. Thanks for sharing.

Your blog is one of my favorites and love these felt flowers. thank you! Pam (http://cubcreekart.weebly.com)