You know how the song goes.  Rex's most recent obsession is Ironman.  Yes, it's a little more normal than a mustache obsession.  From what I've seen, I think most boys from 2-12 are pretty obsessed with him.    Let's be honest.  He's cool.  Well, I've told you before that I'm not a big fan of the in-your-face-character-shirts.  Plus, they usually cost more because you're paying for the name.  So, today we're sticking it to the man and making a really cheap and easy Ironman tee.  Who's with me? 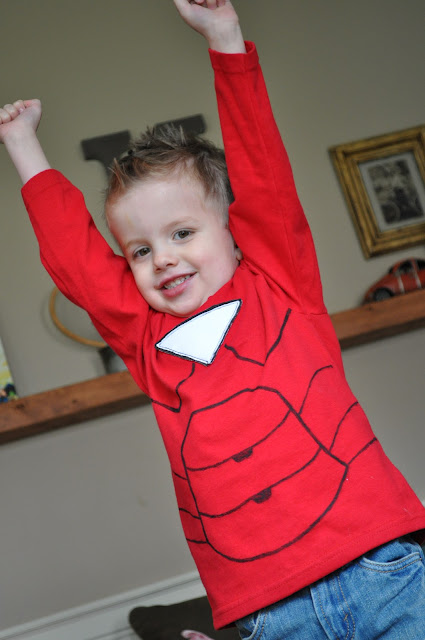 I bought a $3.50 shirt from Wal-mart.  Rex and I wanted the shirt to look like Ironman's suit.  That way when he wears it he is Ironman, you know.  I thought it would be way too large of an image to try and do a freezer stencil for it.  So, I used my fabric markers instead and drew it on.  I have the these markers and I really like them.  Just apply light pressure so you can move smoothly on the shirt.  Too much pressure and you'll keep catching on the shirt.
I looked at a picture of Ironman's suit (there are a lot of versions out there) and drew on the lines carfefully.  If you don't feel comfortable doing this you could sketch them with a disappearing marker or pencil first.  I always start with really thin lines and then I perfect them when I thicken them up. 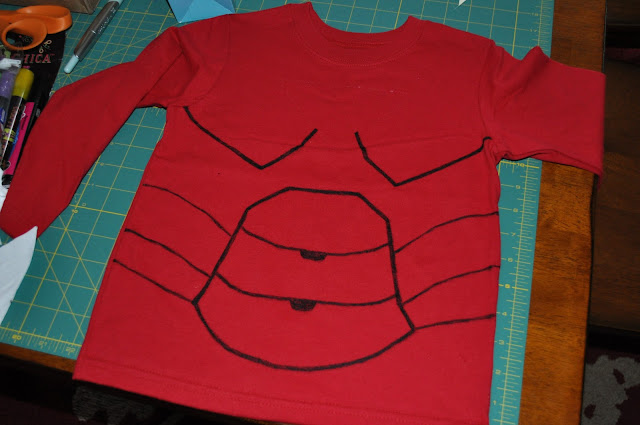 Then a took two layers of white knit (because one was too see-through) and cut a triangle.  I pinned them on where I wanted and sewed around the edges.  Because knit tends to shift a little I use a larger seam allowance and then just trim the edges afterwards. 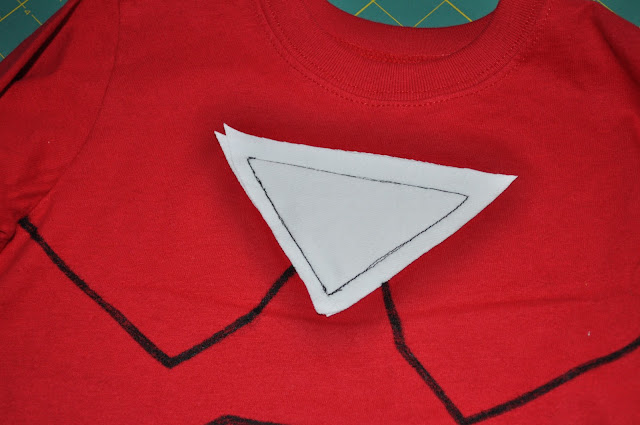 I trimmed one layer closer to the edge and left one a bit longer.  Then I took my fabric marker and drew an outline around the bottom layer.  In hindsight, I wouldn't bother to do that because the fabric rolls in a bit after it's been washed and then you see the backside where I didn't color it black.  Anyhow, just sew them on and trim the edges. 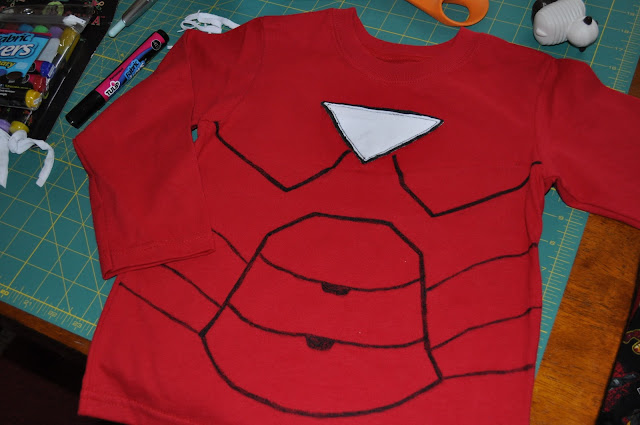 He was really excited about this one.  As soon as he put it on he said, "Mom do you want to sit on the couch and watch my moves?"  He likes to get up on the ottoman to work his magic.  I wish you could hear the sound effects, too.  It's pretty entertaining. 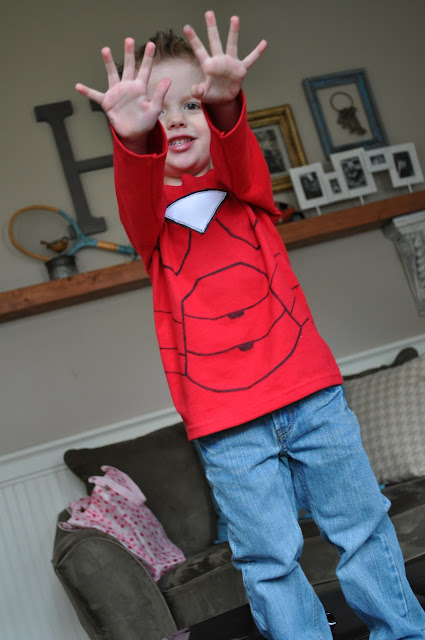 And what would a post of Rex be without his cheesy smile?﻿ 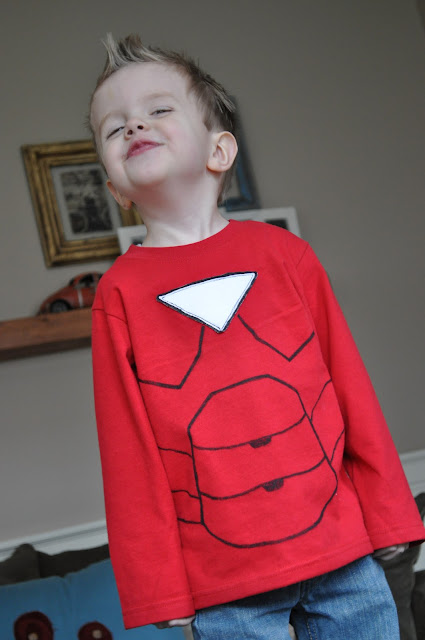 This one would be a great easy gift for any little guy in your life.
Thank you for reading!
Pin It
Email ThisBlogThis!Share to TwitterShare to FacebookShare to Pinterest
by iammommahearmeroar at 6:57 AM

HOW CUTE! I love it! Great job!

your son looks like he loves it! My son would too!

My 3 year old would love this!

Your son is super cute! How fun. I bet he thinks you are the coolest mom ever. :)

Oh my goodness. So creative and so cute!

I posted the Superhero Race car on my blog today

Cute! I'm just waiting patiently for my boy to discover superheros. We are still stuck on trains. Oh and I finally used the bleach pen to make a train shirt!!

Rugs is all over this! I'm totally making this one for sure. He's a little Iron Man obsessed-- OK we passed obsessed a few outfits and a gazillion pictures ago.

I love the shirt! You might want to check out these capes I found at our local Goodwill, that would be super easy to make….I have a little superhero, as well!

He is so adorable! My three year old is really into Ironman too. I'm kind of bummed he's out of the mustache phase, though, because I just finished a very stache-y project I wanted to share with you:
http://binkiesandbriefcases.blogspot.com/2010/11/personalized-colorforms.html