Have you ever stopped by Made By Joel?  He has a lot of fun simple ideas and projects to do with children.  My sister-in-law mentioned she saw him make super heroes out of toilet paper rolls, so I ventured over for a visit and found THIS POST.  I thought it was pretty fun, so we saved a few rolls and got creating today. 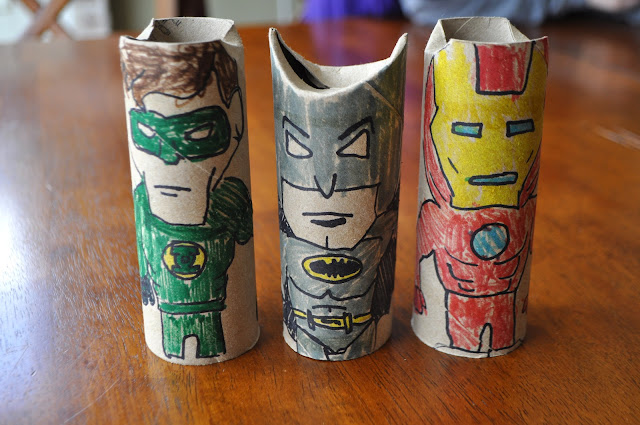 I had my nephew over and I drew the characters on for him and Rex.  I took their requests, so we added a Green Lantern and Ironman.

I have to say that the boys made me feel pretty cool.  They hovered over my chair watching me draw them.  "Wow!  You are REALLY, REALLY good at drawing!"  I could probably draw something much more skilled and intricate and they wouldn't think anything of it, but throw in some super heroes and they were in awe.  Funny. 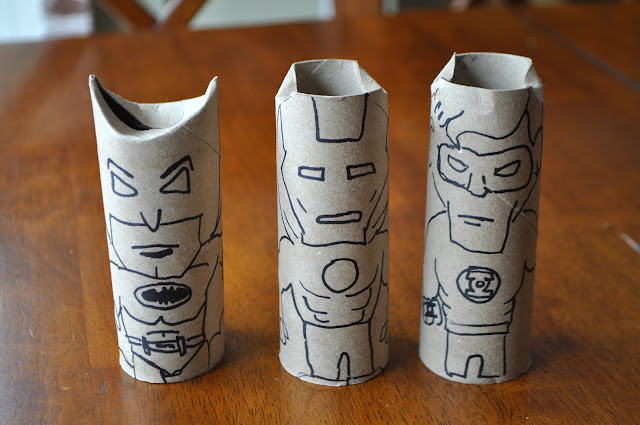 Then they colored them.  This took a lot of concentration.  They were very careful to pick the right colors for each character. 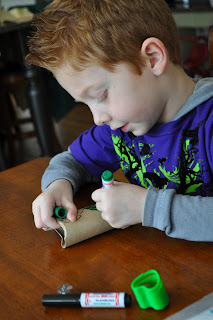 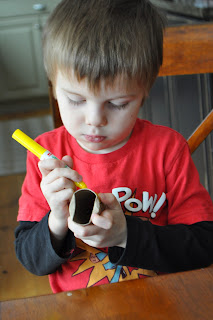 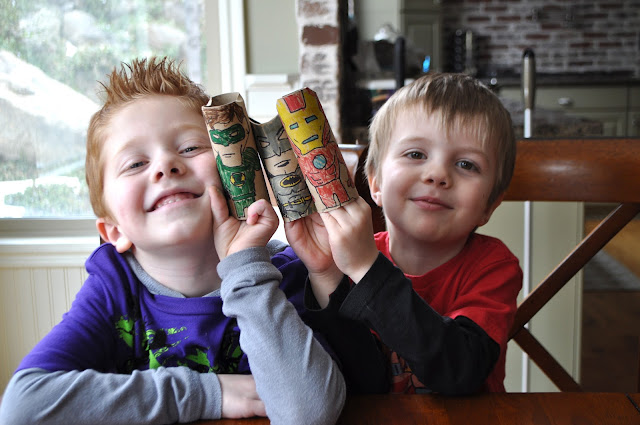 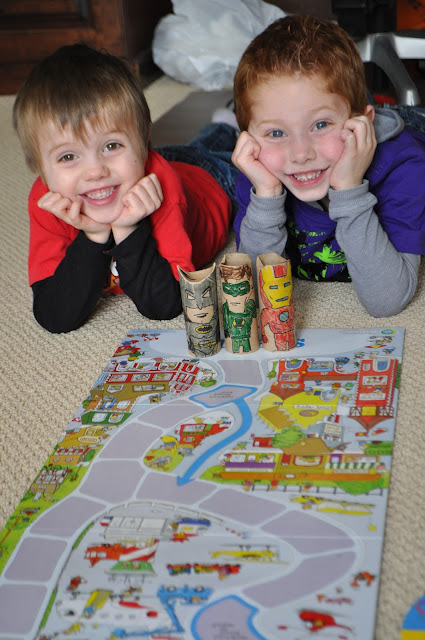 So save those toilet paper rolls and you'll have a free activity to keep your kids busy on a rainy day.

Thanks for the fun idea Joel.

these are way too cute! and i can so see your drawing abilities (heehee- who knew that a super hero would capture those abilities?!)

I have to say I am pretty much in awe of your Hal Jordan too. So fun!

That's a super fun idea! I love drawing for kids too, they always think my dogs are amazing...and I do it with just circles that I learned to do in 3rd grade! :)

It seems to be a very popular idea using toilet paper rolls to make toys for the kids. We make kitties, owls and puppies with ours and fold down the tops like the Batman one. The girls play with them for hours and have just as much fun making them. I especially love that not matter what age our children are they are interested in them.

Check out their expressions, they are so delighted with their creations. Great idea!

What a super cute idea. So simple yet so effective.

Wow, awesome drawing Cheri! And your boys too! I showed these photos to my son, and he was very jealous of the Green Lantern. Looks like we'll be making one of those! Also, very cool idea with the Busytown game. I'd not seen that game before. I"ll have to check it out. We love Richard Scary. Nice!

Have a great weekend!
Joel