Back when I showed you my master bedroom reveal HERE a month ago, I also showed you the spool I got for free and used as an end table.  Well, I thought I'd give you the low down on how to find a spool and what you can do with them.  I've seen some pretty sweet projects using them and I almost want to go out and find a few more. 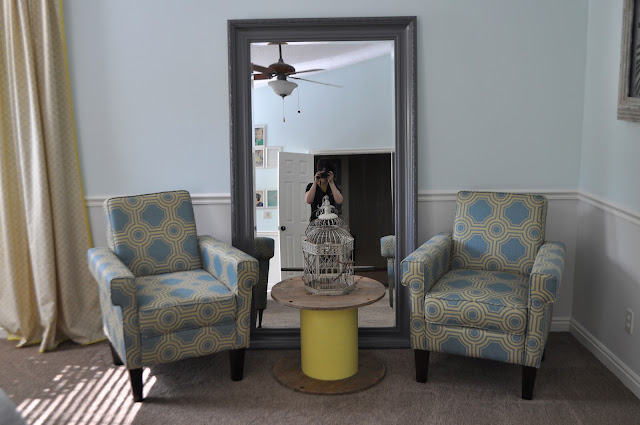 When I got it, it looked like this.  While the top and bottom are actually wood, the middle was cardboard. 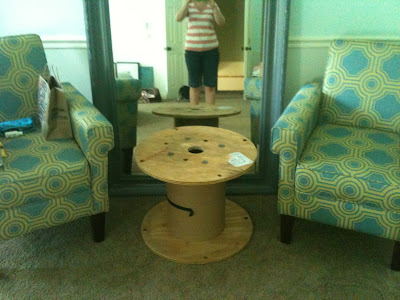 I painted the middle yellow to match the room.  I also debated over not painting it, but running rope up the middle.  I may do that another time, but for now I like the pop of color. 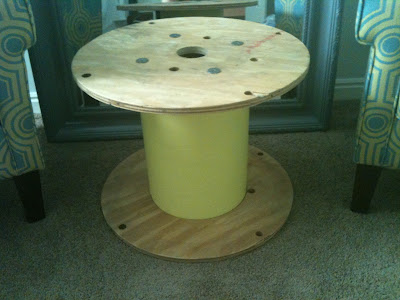 It still needed to look a little more rustic, so I watered down some black paint and gave it a coat exactly how I did HERE.  I really liked the final look of that so I called it done. 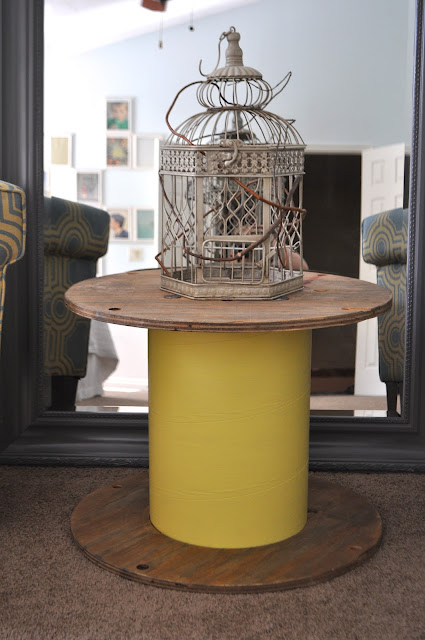 Now, where do you find a spool?  I went to the Home Depot first.  They have several things they sell that are on the spools.  The spools range in size and if a product is almost gone, they will let you have it for free.  They have a bunch of spool on what looks like a ferris wheel.  They put a key in and the spools go round and round so they can access the different types of cables they sell.

At the Depot they didn't have any that were almost gone, but I gave the guy my number for when something ran out.  I didn't know if that would really happen, so I headed to Lowes.  I found their ferris wheel of spools and there was one with just a little cable left on it.  They nice guy who worked there wold me I could have it without buying the cable, even though I offered to.  I was seriously excited and I think he thought I was crazy.

If you can't find one at a home improvement store you could call an commercial electrician.  They probably have them and go through them faster.

Now, why would you want one?  Check out some of these projects.  Click on the "Source" to find out more.  I did my best to find the original source, but some might not be.

How about a clock?

This one I've been drooling over for a very long time.  Gorgeous. 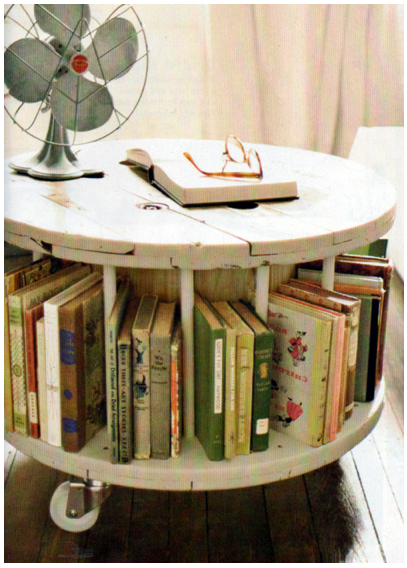 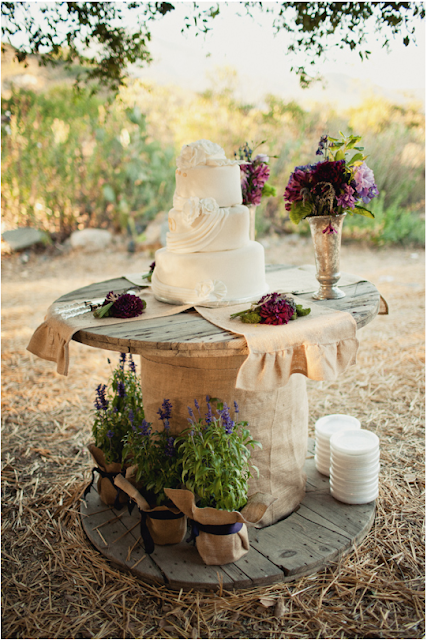 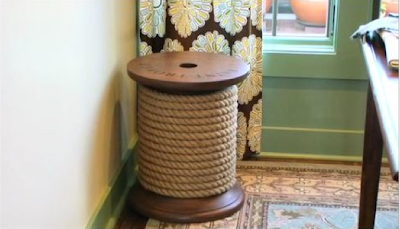 Still want to see more spool inspiration?  Check out this post HERE for a lot more eye candy.  Now don't you want a bunch of them too?  And you can't beat free.

Well, that's all for today.  See you tomorrow for our last installment of "Mommy School."  (I'll probably do it again next summer, but we're taking a break from posting it for the school year.)

- Maybe I've been in the dark, but THIS SITE called Scrap Hacker has some of the coolest roundups ever.  Love it.  I just found it while searching for other spools for this post.

- If my ears were pierced I would totally be hoping to win THESE.
Pin It
Email ThisBlogThis!Share to TwitterShare to FacebookShare to Pinterest
by iammommahearmeroar at 6:00 AM

Also just have to say I am LOVIN your watercooler posts - best thing ever!

i really dig recycling projects, they are my fave. thanks for the lead on scraphacker. and your post from yesterday has stuck with me. i keep thinking about it, how can i (and my family) be more of service. it was well stated. happy thursday momma roar.

You are always one step ahead of
Me in the projects! I have one sitting in my garage just waiting until I have a moment and can get someone that is not pregnant to do the painting!

I grew up in the boonies where the electric/phone company would just leave their giant spools in the desert. I can't count how many spools turned into fencing, tables, entertainment for kids, doghouses... the sky was the limit. :)

(Psst.... edit the "stool inspiration" phrase to "spool".... otherwise you might be looking for a totally different project. )

Ob my heck. OMH, Cheri. Did u know my hubs manages electricians? he goes through dozens of these every project! I never knew I wanted some until now! I will have to tell you sometime the story of the African bees in the spool sometime. it's a goodie.

What a cool project, Cheri! Totally pinnning this!

I love the look of this. I especially like the book cart one. Love the color you added to yours. Thanks for helping us know where to find them!

Just wanted to say I really like reading your random thoughts on "at the watercooler"! :)

Thanks so much Cheri for answering my question from Pinterest. (I know I'm not the only one who wanted to know) I did ask someone at our Lowes here and she told me they reuse them as well as their pallets. I don't think she really grasped though what I was asking for and why. But I think I might try again and also at Home Depot! There's gotta be someone wanting to get rid of them!

I don't think they reuse them. The guy at Home Depot told me it takes a while for them to sell the whole spool, so they don't get rid of them really often, but when they do they put them in a compactor. I had asked if I could dig through their dumpsters (yeah, I really asked) and he said I wouldn't find them because they smash them up. Crazy, huh? You could call an electric company as well.

I love spools and have been eying that coffee table with little built-in bookshelves for months, too! Thanks for the great ideas. :)

Try checking out the local Habitat ReStore for spools, windows, doors, chandiliers, tables, etc. Most of the time they're pretty cheap.

I'd thought about diving in too! I'm sure there's plenty of your followers who would do the same! LOL!

Love this post. I'll be heading to Lowe's and Home Depot this weekend. :)

Growing up dad always picked up spools. They come in all sizes. We had a small one in the house that mom covered in patterned contact paper, that was our kid craft table. We had a large one outside for our picnic table. Sometimes we even turned them on their side and did a 'roll the barrel' circus act. (Hey, we had to find fun.)
Your spool table is beautiful. (Ans I LOVE the bookcase!)

I work for a cable distributor in Dallas, TX and I'd love to get rid of dozens of used spools. trefontaine@yahoo.com