The boy and I have been trying to do a fun activity on Fridays, since we're not doing mommy school daily like we did in the summer.  Last Friday we thought we'd try out the Moon Sand we saw on HERE on Delia's blog.  I can't find the original source of the recipe, but as Delia mentions it's a simple one - 8 cups of flour and 1 cup of baby oil.

I knew it would be pretty messy, but we needed something fun to do.  We decided to give it a go.  I found two big tupperware containers and let the boys each have their own, splitting the recipe between the two of them. 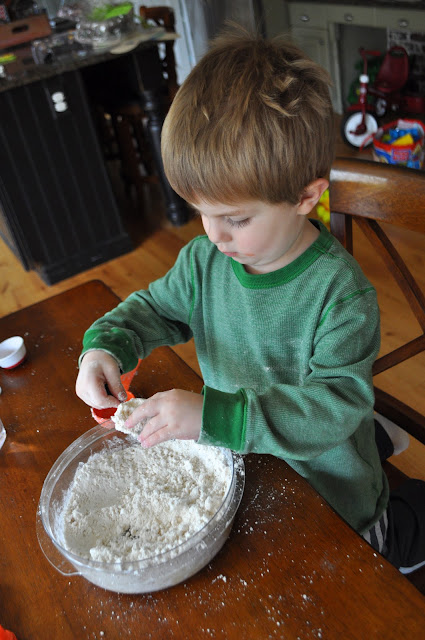 Just mixing it up alone was pretty fun. 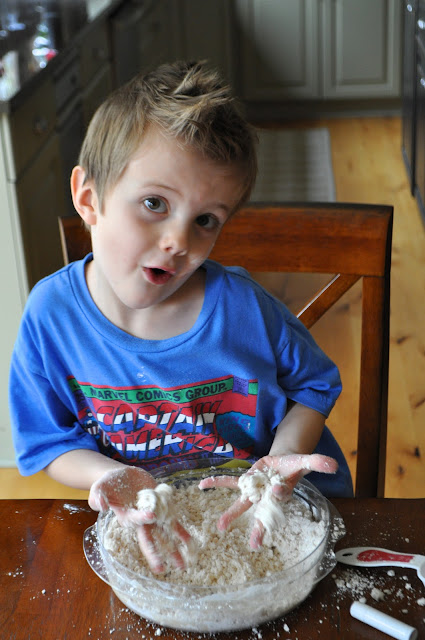 When you look at the moon sand, it still looks like it's just flour and you wouldn't think it would clump together, but it does.  It smells nice, too.  While it does clump, you have to be careful when handling any shapes you make because it falls apart easily.  Baden (3) needed help making his pyramid.... 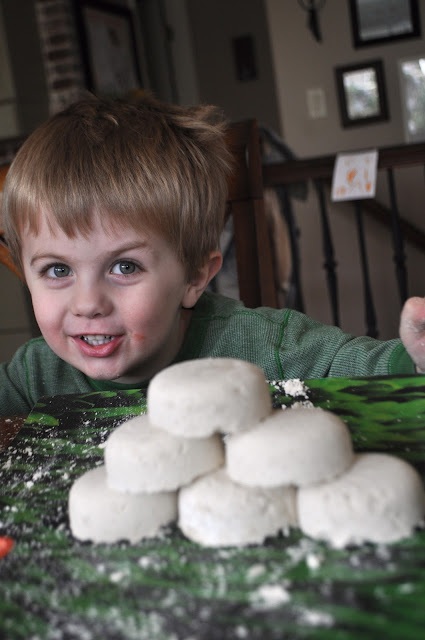 ...but Rex (5) could do it by himself.  I got some plastic placemats to make things a little less messy and to help put the moon sand back in the tupperware after they built something.  It was still pretty messy, though. 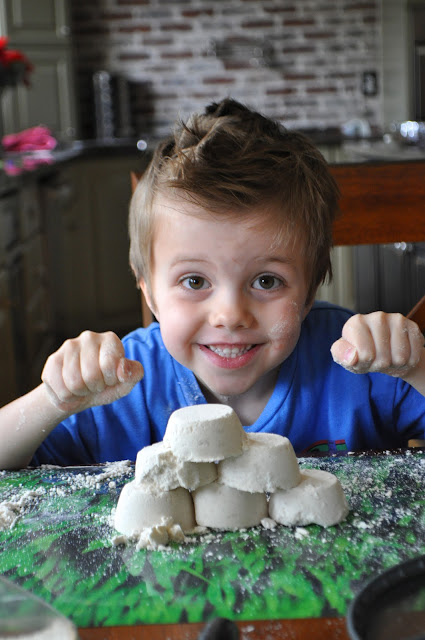 The boys played happily with it for over an hour I'd say.  And it keeps well, so you can put a lid on it and play later.  So, if you need something to keep little ones busy during Christmas break, you could whip up a batch.  Just be ready to clean up the snow :)


Thanks for stopping in.
Pin It
Email ThisBlogThis!Share to TwitterShare to FacebookShare to Pinterest
by iammommahearmeroar at 6:00 AM

Oh this project is perfect for my son! Thanks =)

btw.... Merry Christmas Cheri to you and your family and a very happy 2013!

I did this with my four year old a few weeks back and he loved it! I put a shower curtain from the dollar store on the floor and gave him a baking sheet and some of his monster trucks and let him at it! Like your boys, he spent a good hour playing. It made my kitchen smell really good!

We did this over the summer and played with it once in the house, after that...it was only allowed outside. But they loved it!

We love the texture of this although we call it cloud dough. You can make an "edible" version with vegetable oil for younger kids tempted to eat it. One of our favorite versions is cocoa cloud dough.