I am super duper thankful for heat this week.  We woke up yesterday to our home being less than 50 degrees.  It was freezing!  We made a call and were lucky enough to have a guy come fix our furnace the same day.  I thought he was going to say it was toast, but he was able to fix it.  I think it's a ticking time bomb, since it's super old.  However, it was still nice that we didn't have to replace it on the spot.

Baden has always had kind of a hard shell, but lately I feel like he's growing out of it a bit.  He let me do his hair the other day, which is big for him.  He was proud to look like Rex.  Rex asked if I'd take a picture of them looking like twins. 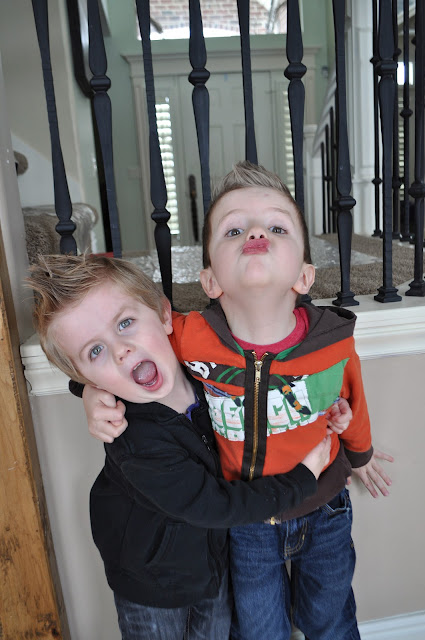 Rex decided to help teach Baden some of his cool posing techniques. 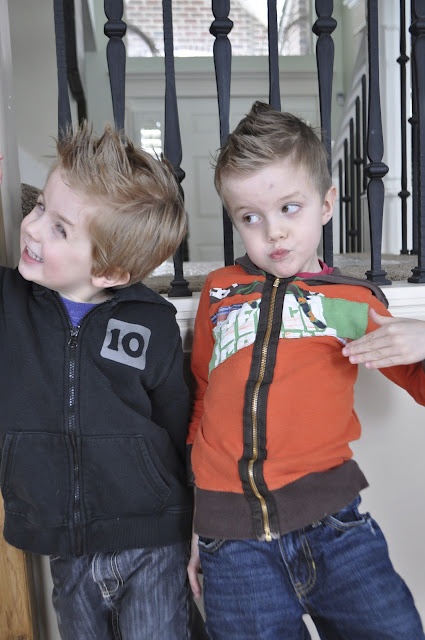 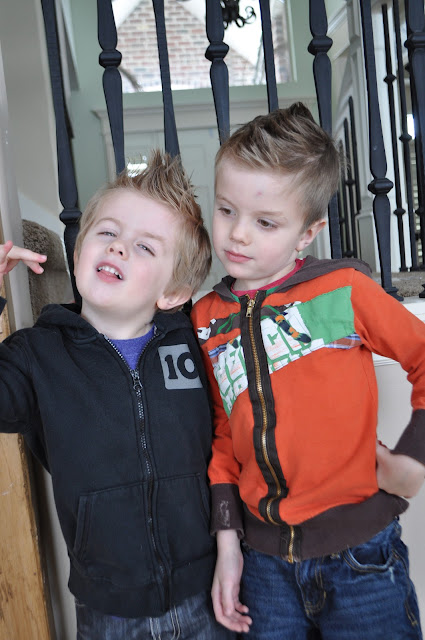 Rex had some testing in school this week and he rocked it.  I was so proud of him.  He has learned so much this year already and hearing him read makes me crazy happy.  We celebrated with a ride on the ferris wheel at our new Scheel's, which he's been dying to do since it opened. 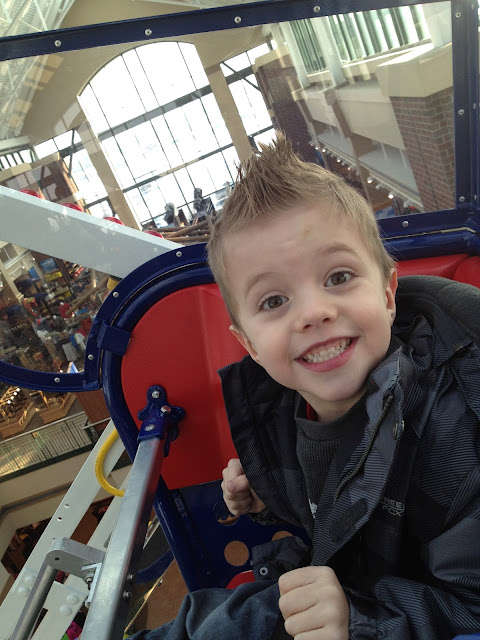 Both the boys are warming up to the whole "girl" thing and it's so sweet.  Rex set the table last night and asked if he should set a spot for the baby.  Then he said, "I'm just kidding.  I know she can't use it yet.  I was just being funny."  It still makes me happy that they are thinking of her.


Hope you had a great week.  Thanks for checking in.
Pin It
Email ThisBlogThis!Share to TwitterShare to FacebookShare to Pinterest
by iammommahearmeroar at 6:00 AM

Rex wanting to set a spot at the table for her...that's cute. :)

What cute brothers! They will be so sweet with a girl!

I love it! Your boys are adorable, and I'm glad they are warming up to a girl. Congrats by the way!

Your boys are such sweethearts. They are going to be adorable with their new sister. LOVE that Rex is such a sweet brother to Baden.

So sweet! Congratulations. My son got rewarded with the same ferris wheel ride this week! It's the little things.

She is going to have two older brothers to look out for her. The y just get more handsome

LOVE the pictures of the boys!!!! Super cute!

Haha I love that last bit about him wanting to set the table and saying "just kidding." So sweet. They're going to be so in love with their baby sister.

Beautiful boys with the kindest little hearts. They are treasures.

Aw, so sweet. I love that Baden is starting to loosen up a bit. They seem like so much fun!