Last week my mom made a quick cardboard crown for Baden.  He loved it and wore it to school all day when he and I volunteered in Rex's kindergarten class.  He told me he wanted all the older kids at school to think he was a real king.  Can you tell he still doesn't really like me taking pictures of him? 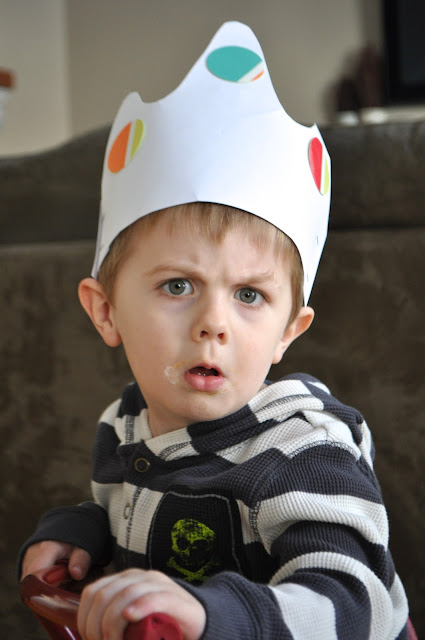 The leprechaun has been having fun at our house.  Thanks for all your fun responses to it. 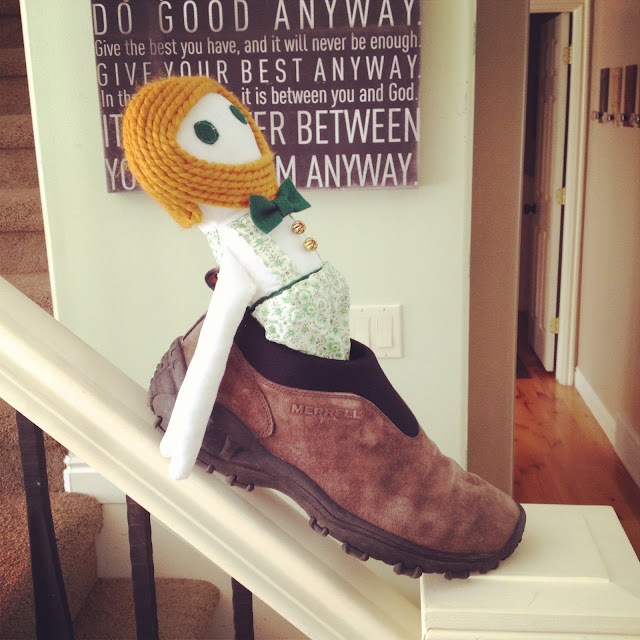 Rex has asked if he can pose the leprechaun for his dad to find after work.  He thinks it's pretty fun.  Here's his work. 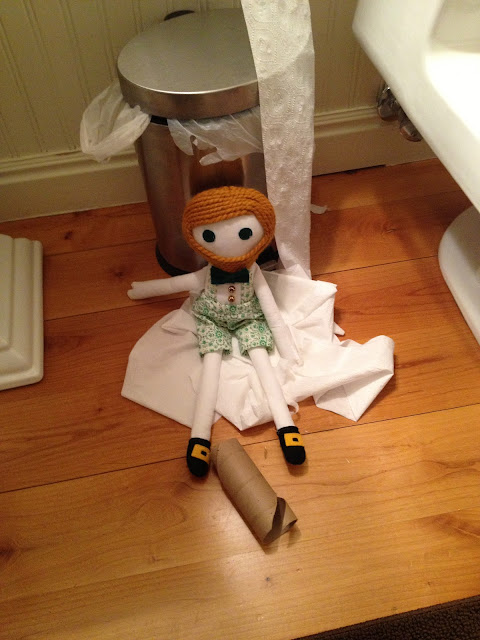 Speaking of Rex, he and his dad have started something big around here.  What, you ask, is captivating them so well? 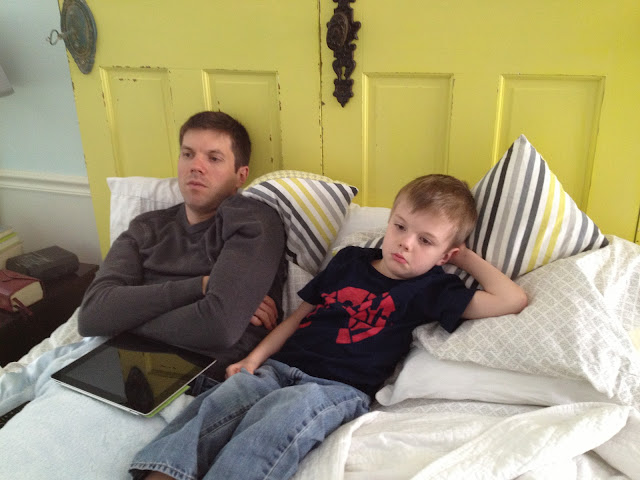 Rex has officially been introduced to this.  Look out.  He still loves super heroes (and probably always will) but Star Wars has taken the front seat for a while around here. 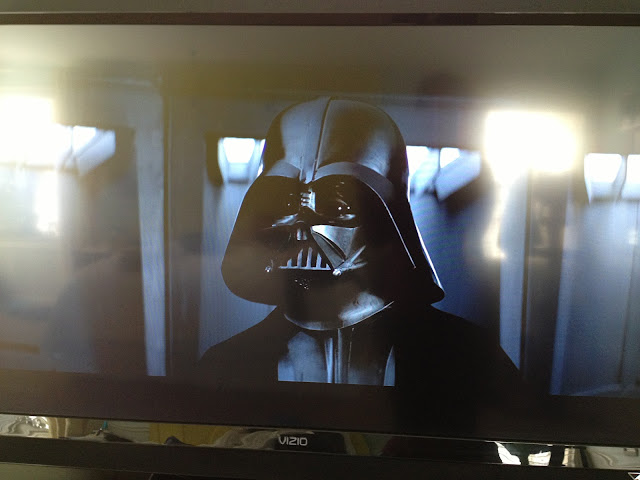 And that's about it around here.  Thanks for dropping in.
Pin It
Email ThisBlogThis!Share to TwitterShare to FacebookShare to Pinterest
by iammommahearmeroar at 6:00 AM

Haha Baden's face is just amazing !
Thanks for the post :)
Have a good week !
Iris
http://matthewandiris.blogspot.com

So cute that he's into Star Wars now! And it's fun that he's bonding with his dad over it. :)

Welcome to the star wars club:) Our boys are all into it. Light sabers abound in the Tindle home. This phase will last AWHILE! As evidenced by Dad's entranced stare in the pic. I eventually got so tired of the Jar jar binks talk that predominated every conversation that I introduced Lord of the Rings as a bait and switch. Now my eight year old is trying to grow his hair out like Legolas. Its fun being a mom of boys:)

Our boys are totally hooked on Star Wars, their Dad could not wait to introduce them to it. Lots of random things are used as light sabers (even though they actually do have toy ones They make authentic sound effects to accompany their light saber moves, including the deactivation sound because you know it's good health and safety to deactivate your light saber before you stuff it in your pants for safe keeping!!! I made them Jedi robes for Christmas and they loved them.

I to have a Star Wars fan who is turning 8 soon. I thought I'd plan a Star Wars party and between my son, husband and now daughter all talking non stop about everything Star Wars its doing my head in. I even got woken up at 5.30am to be told that in 2015 ANOTHER STAR WARS MOVIE IS COMING OUT you can imagine my excitment I'd only been asleep for 3 hours due it my 3 year old being sick!!!!

Enjoy, it could be a long love affair :)

May the Force be with you! My 6 yr. old is just waning out of his Star Wars obsession. I, personally, think it's fantastic when they love one thing so much. You always know what to get for them.

I can't believe I have forgotten to introduce my kids to Star Wars! **head slap**