A while back I had showed you the "big boy" playroom we were working on.  It was pretty much done, except that I wanted to add a few more "active" things for the boys to do down there.  I brainstormed a lot and finally finished it off.

You see, my parents had some fun Ikea stuff in the basement in their previous home.  However, they aren't using it now and they said I could have it.  Free?  Yes, please.  So here's what we added.

This ladder doubles for climbing and swinging.  We put the extra mattress under it - just in case. 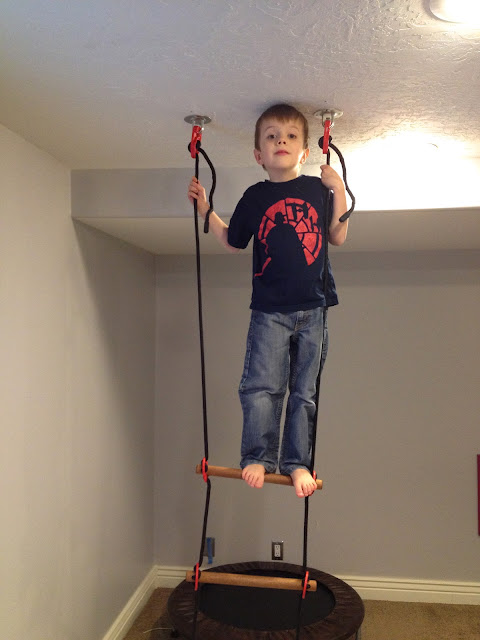 We also added this set of rings.  Can't see them?  Look for the moving blur in the pictures. 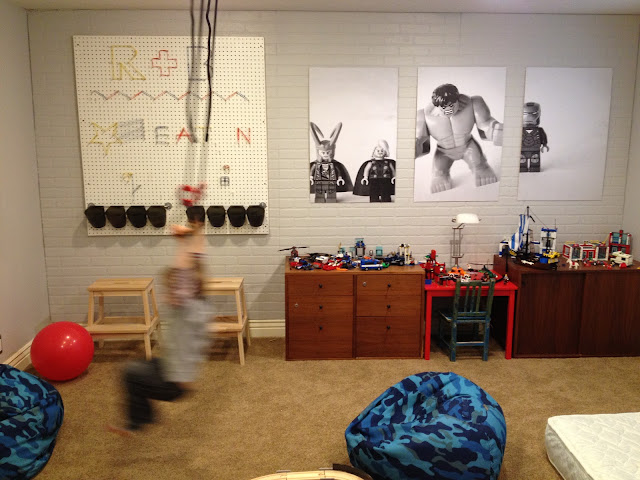 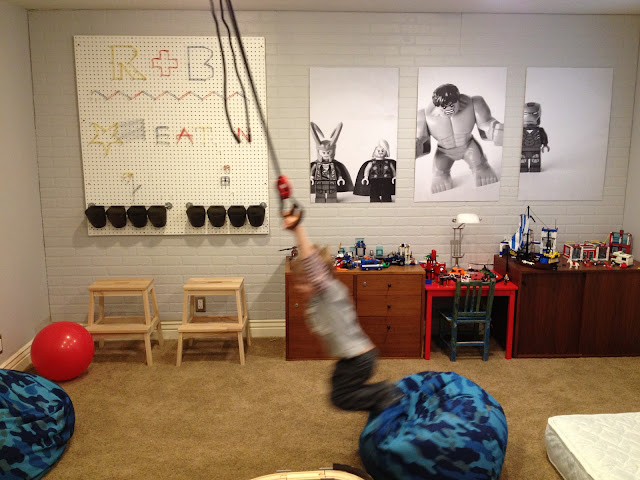 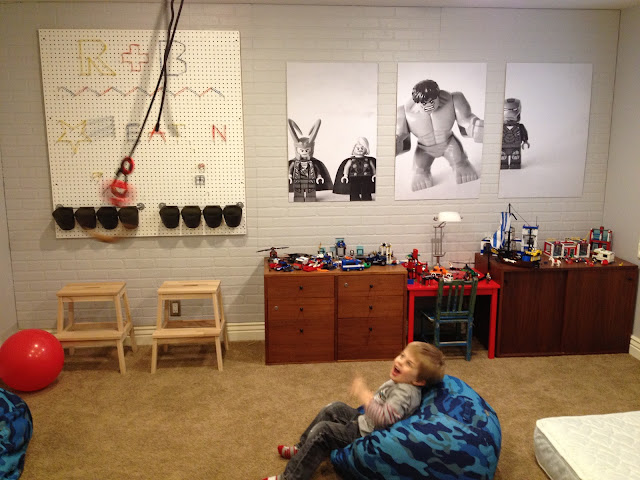 We put them on the other side of the room so there won't be any crazy chicken fights.  (Did you guys do those as kids?)

Now there's plenty of ways to get sweaty or static-y (though I'm pretty sure that's not a word). 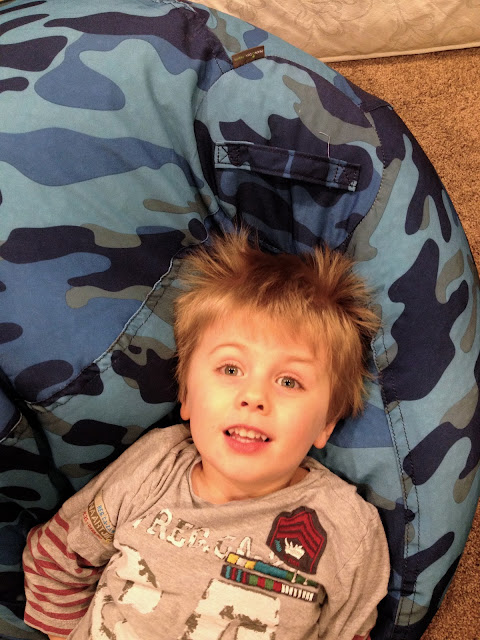 And here's the look at the layout as you enter the room. 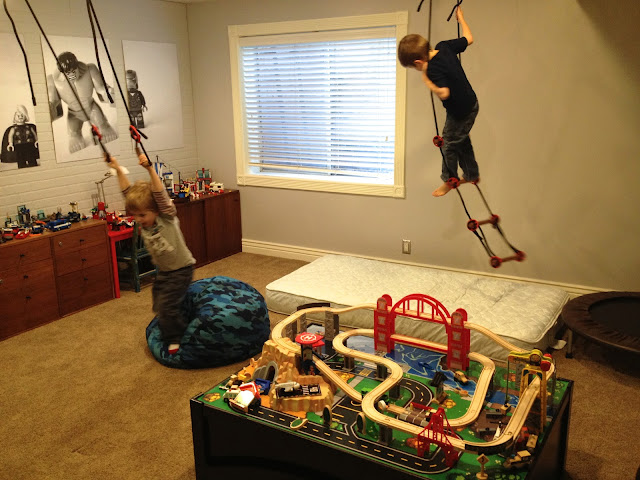 And we're calling this puppy done.  Now who's ready to come over and play?

If you missed the other posts on the room, you can read about the Lego posters/area HERE and the play pegboard HERE.

We would love to come and play there! Oh, I wish I had basement ceilings high enough to add those! They would be so handy in the long snowy winters we have here.

This is the most amazing room EVER! How blessed your family is to have the space and talent and etc etc. Love the reminder of doing the engineer prints. I so need to do that!

How simple, but how fun! I totally want a swing in my house, but I don't really know where we'd put it...but we put one in my husband's shop!

Wow, what an amazing room! Your boys are very lucky :)

this is so really cool.I tried ot pin it and it will not work.is this something you would prefer not to be pinned??

Is this room your once craft room? Is the tree and the train still on the walls in the other room? What do you think you will add now the there will be a little sister? When we lived in Cheyenne, I babysat for a friend and her boys loved the kitchen set I had for Jac (short for Jacquelyn). In fact they played with it more than she did. :) The boy's mother was frustrated by this until I pointed out the fact that most of the world's most famous chefs were men. We also converted part of our garage into a play/therapy area for Jac as well. Jac is autustic and has been diagnosed with Aspergers and Dyspraxia. Dysprazia is a coordination issue due to under developed nerve endings. She needed to do gross motor movements as much as possible so in the only space left - the garage, we put down three layers of padding and carpet for tumbling. A trampoline was added. I got a 4x4 plank and we used it for balancing, some exercise balls to tumble on and over and put a blow up pool in one corner. I filled it with balls and it became our ball pit. That feature was her favorite.

I always appreciate pins. I'm not sure why it's not letting you pin it. I'm sorry!

Yes, it's the room that used to be the craft room, so it's not the original playroom. The original one is more for little ones and our daughter will probably play there while the boys play in this space.

That space you made for Jac sounds awesome. I especially like the plank idea.

Thanks for your comments, Maureen!

What a cool room!! I didn't see it posted, but was wondering where you got the camo bean bag chairs? thanks!

We got the bean bags at Target. We hit a day when they were marked down a lot and I couldn't say no :) I think they might still have them.

Love the room -- looks like hours of endless fun to be had there! How did you anchor the rope ladder and rings in the ceiling?

That is awesome! My boys would go nuts!