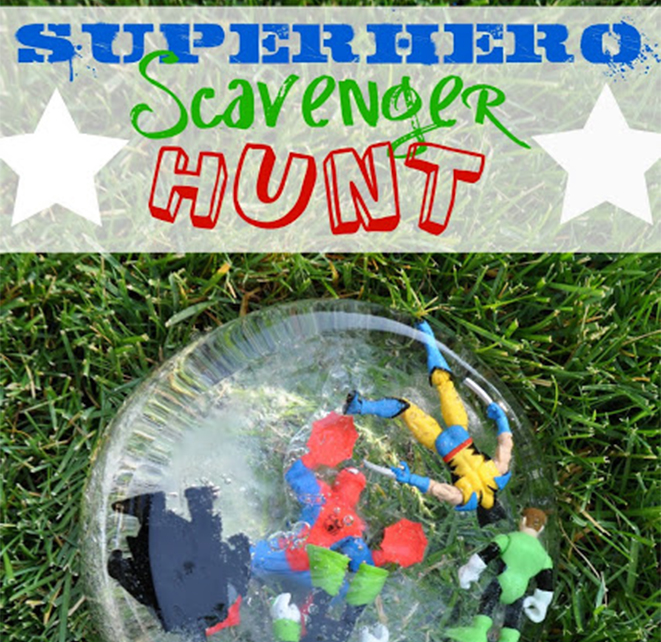 Since it’s summertime and a lot of you have kids at home I wanted to come up with a thrifty idea that involved the kids. So, I’m going to show you the Superhero Scavenger hunt I just did with my boys. It didn’t cost a dime and they absolutely LOVED it.
(First off, I adapted our hunt from an idea I saw HERE. It didn’t all come straight from this noggin 🙂 Here’s how it went down. My boys are REALLY into superheroes. However, you could obviously change the theme of the hunt to suit your needs.

It started off with Captain Cold and a note. (My oldest is turning four, so I still had to read it to him, but he thought the notes were cool anyhow.) It says, “I’ve captured all the superheros…now you have to find them. Look up at the sky for your first clue.” 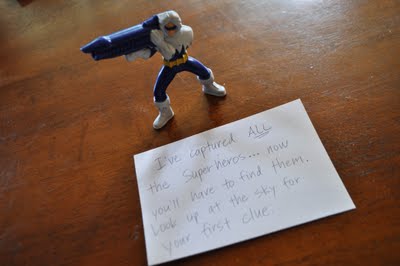 We headed outside and hunted until we found Joker tied from a tree branch with a note. 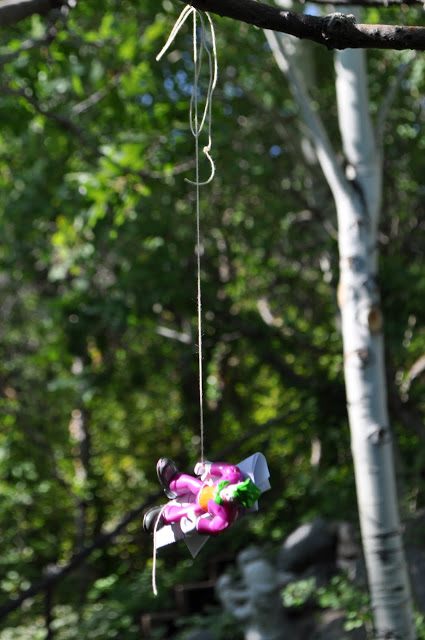 His note read, “We were working together until he said he had a different plan. He said something about setting the town on fire.” It was really fun to talk my kids through the clues. They were so excited. This one led to our firepit. 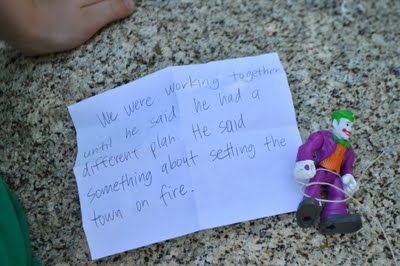 Batman was there with another note. “He said ‘fire’ wasn’t his style. He said all the superheros were going to be frozen in time.” 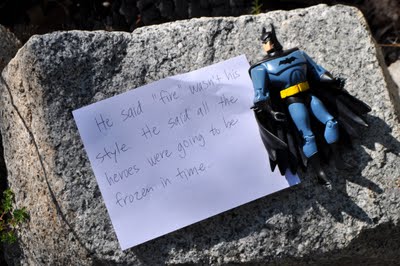 We ran to the freezer to find this. (I had taken some tupperware the night before and filled it with water and some of his superhero guys.) 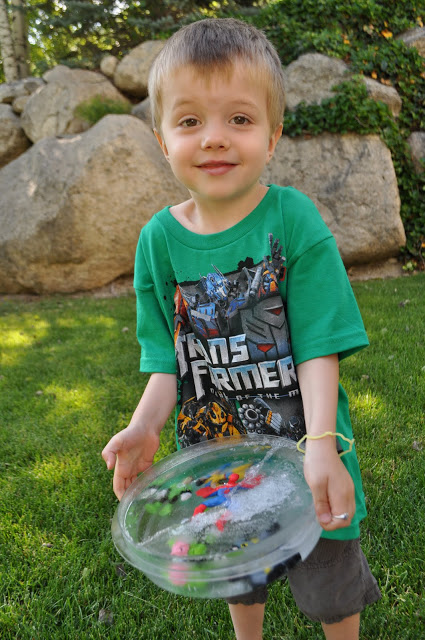 I told him he had to figure out how to rescue them. The ice slid out of the tupperware pretty easily. 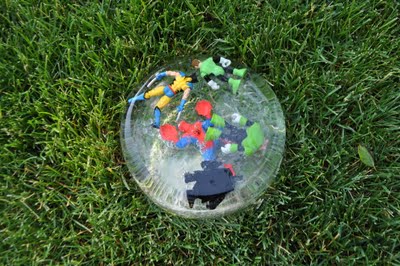 After a few guesses about how this might be done we got out the hammer (and our goggles, of course). 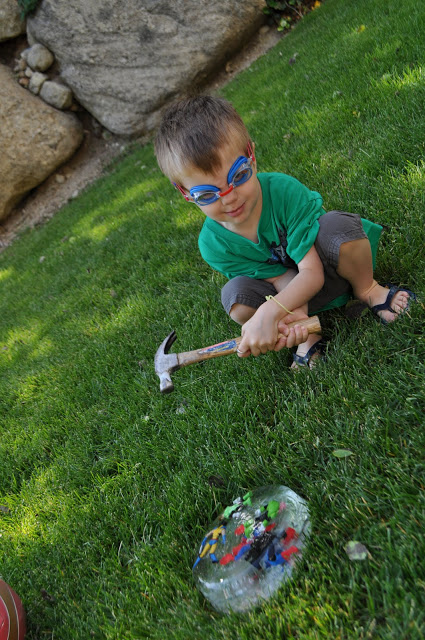 Superheros, a chance to use a hammer, goggles….let’s just say he was in heaven. 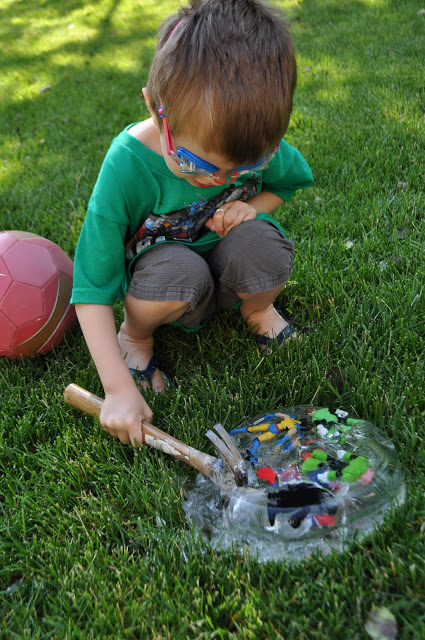 After chipping away the ice we let the superheroes recover in the warm sun. That helped melt off the extra bits of ice as well. 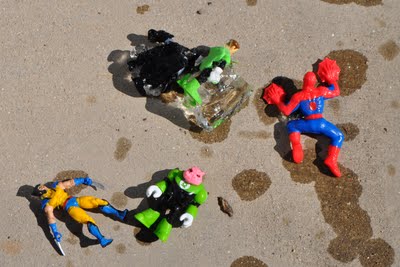 Then we reveled in our victory. Our city was safe again….thanks to Super Rex. 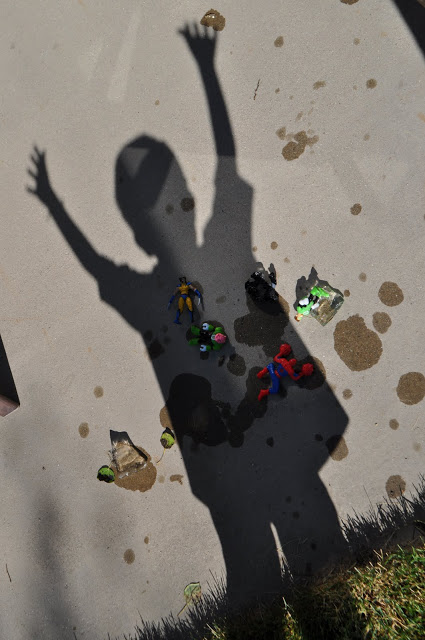 So, change it up, make it work, throw some toys in the freezer and you’ve got happy kids for an hour without spending a dime.
Thanks for reading!