Valentines for the Boys

I get kind of excited to make the boys' Valentines each year.  This year I found these lip whistles at Oriental Trading.  They were $6 for a pack of 48 AND I got free shipping.  Sweet. 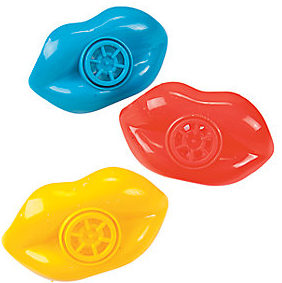 So I brainstormed taking cute pictures of the boys and then putting the lip whistles over their own lips on the pictures.  However, after taking the pictures I realized that the lips were way too big to put over their on the photo unless it was an extreme close-up that looked pretty weird.  Or I could have printed them life-sized which was even weirder.  Whoops.

I got on pinterest to see if anyone had ever made a Valentine with these whistles because I didn't want to copy anyone else's ideas.  I found THIS POST from Kalleen and after reading her line to go along with the whistles, I just couldn't think of anything better. 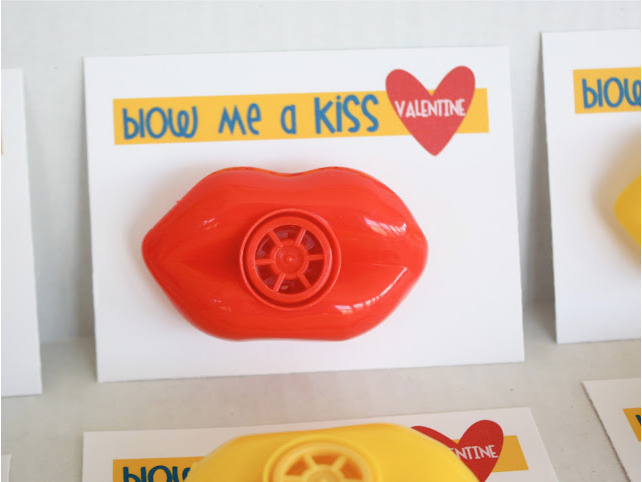 But I was still set on using a picture, so we took some shots.  Rex has really hit the age where it's hard to get a natural smile.  See? 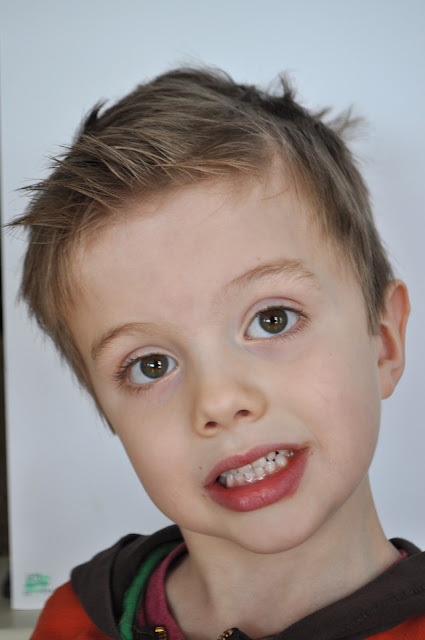 So finally I got this shot, but he fought me hard on it.  He didn't want a picture of himself blowing a kiss.  Hello!  He has girls in his class.  Eeewwww! 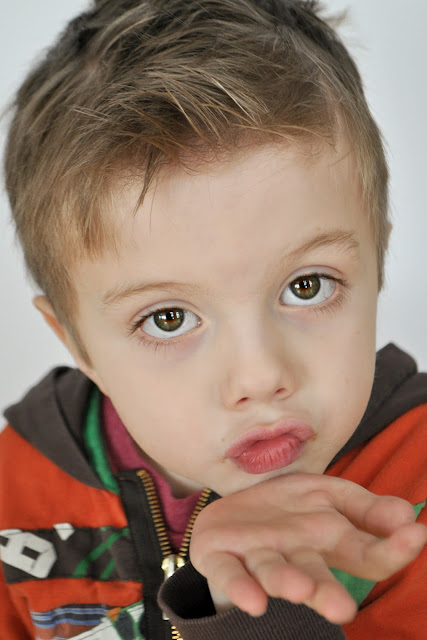 So we came to an agreement on the Valentines.  Here's how it all ended.  We used a normal photo and then he didn't mind it saying "blow me a kiss."  They are 4x6 prints.  I spent $7 on the photos and with the whistles it all came in under $14 for both boys.  Not bad.

Rex also declared that he thought this was the best photo he'd ever seen of himself.  He cracks me up. 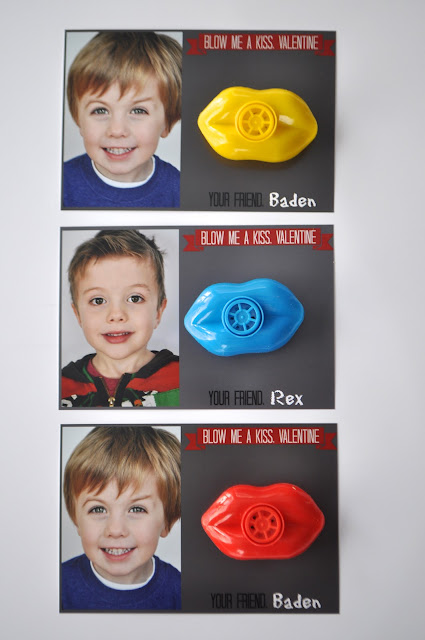 The boys were both really happy with them - which was more important than me thinking they were perfect. 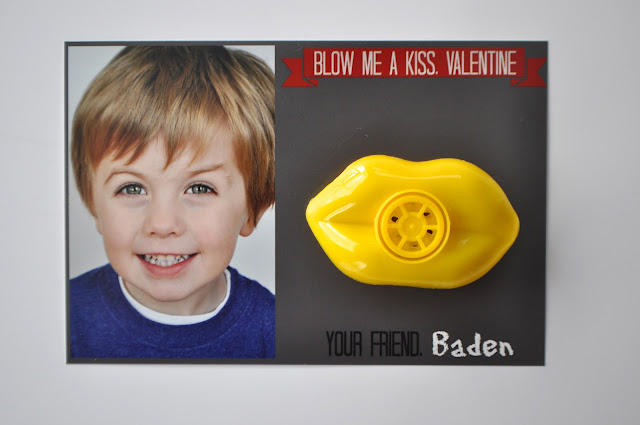 If you want to use Kalleen's printable you can go HERE.  If you want to make this one and include a picture you can use this file below.  Here's what you could do.

1) Click on the picture below to make it bigger.  Then right click on it to save it.
2) Upload it to ipiccy.com and then put your own 4x6 photo over the top of Rex's picture.  (Click the button that looks like 3 photos on top of each other, upload your photo, and drag it over on top over our photo.  Enlarge it by dragging the corner until it covers our photo.)  Add your child's name after "Your Friend."
3) Save it and print them as 4x6s. 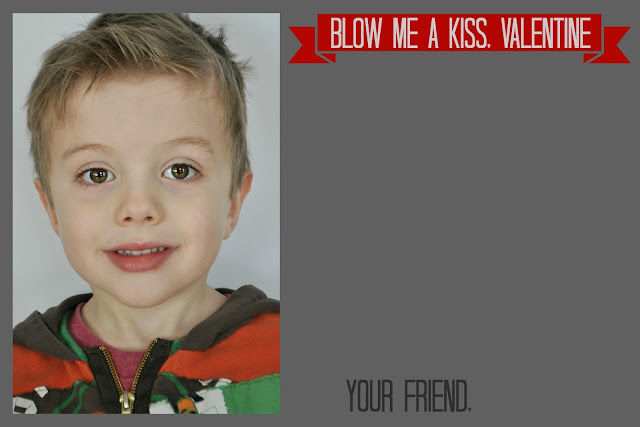 So we're ready for the big day of love.  Thanks for reading.
Pin It
Email ThisBlogThis!Share to TwitterShare to FacebookShare to Pinterest
by iammommahearmeroar at 6:00 AM

Ha ha, those are stinkin' adorable!!!

Those are so cute! That is too funny about him thinking that about the girl! Soon, it will be the other way around!

I always love your Valentines! These are adorable. We have a handful of those lip whistles, my kids love them. Just this morning in fact, my two year old was playing with one while I was getting ready to leave for work!

Love it! I also bought the whistles last week when they had free shipping, but I had to do 2 packs since I have 4 doing valentines this year. How did you attach the whistles to the cards?

I did what Kalleen did. I used a small dot of hot glue. It seems like the glue would peel off easily once you pull the whistle off. You could probably also use glue dots.

Aww I love the one of him blowing a kiss! lol

Those are super cute! Good job

Oh this is so cute! Boys are so great huh? My boys HATE anything girly (or at least they act like they do). If a girly commercial comes on, they gag and roll around like they are literally dying. I wonder what they'll do when Natalie starts wanting to watch that stuff. ;)

you have another winner and those boys are just becoming cuter/handsomer every photo. Baden is opening up more and more. Maybe he is getting ready to be a big HAPPY brother

These are awesome! I had already bought some stuff to make our own (a different style) but wonder what design software you use?

What a great idea. This made me laugh mine little boy is going through that funny fake smile thing too. It's a pretty similar one actually!

I use ipiccy and picmonkey. Both are online and free.

This was such a cute idea, I had to do something like it ;) Thanks for the inspiration!
http://instagram.com/p/VhoI9QJboX/

I'm just now seeing these and can I tell you how awesome you are for having non-candy Valentine's! We've struggled with the candy holidays because my boys have a dye sensitivity and it turns them into Jeckyl/Hyde type kids.