I think this is the last nursery project and then next week I'll show you the whole finished look.  It's actually all done and I can't wait to show you!

For the closet, I liked the idea of removing the doors and making the closet itself look cute.  The walls inside it were already white, but I wanted to add something fun to them.  I was inspired by Destiny's walls that I mentioned HERE on a Five Finds Friday.  However, I wanted to use clouds and make it look like wallpaper.

I used my Silhouette to cut out about 9 feet of vinyl clouds.  I squeezed as many as I could onto the page. 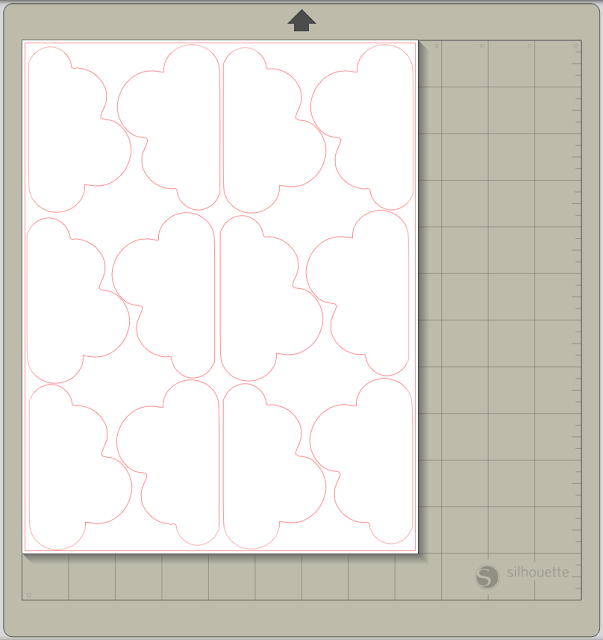 To apply them I came up with an easy system.  I got out a piece of painter's tape and applied is to the wall, making sure it was level.  Then I made stars to indicate where I wanted the clouds to go in that row and dots where the clouds go on the next row (since they are staggered).  I used a small piece of tape to measure the distance between each line.  So after I completed a row I would move the short tape, move the long tape, and make sure it was level.  Then all I had to do was quickly apply that row. 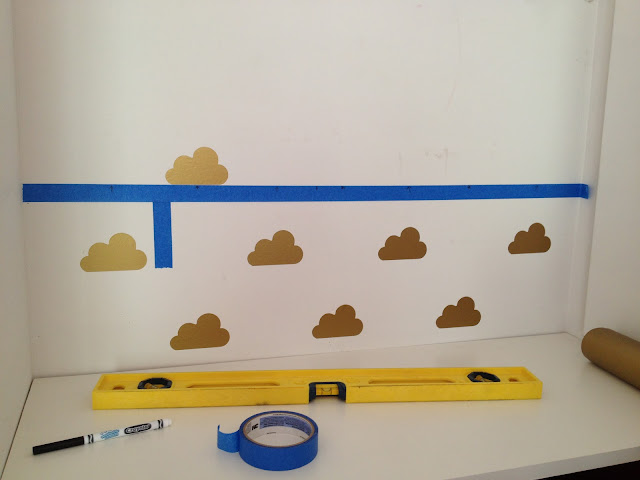 It was a lot faster to do than I thought it would be and it was a billion times faster than stenciling. 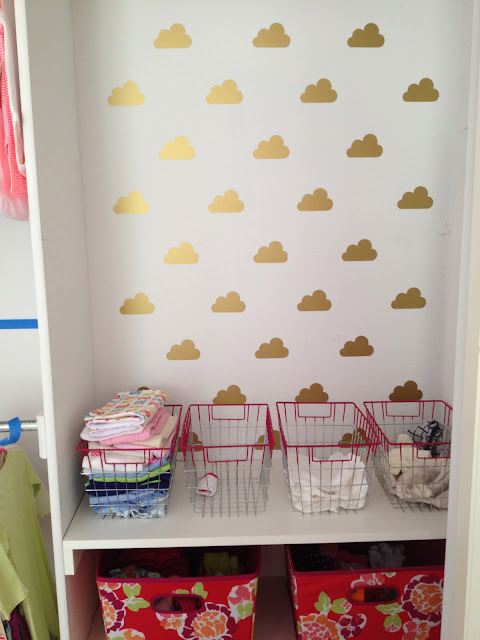 Plus, it's nice to know you can peel them off when you change the room.  We also added some shelving below on the right side, so I could use and showcase the bins I bought.  I measured the space and went to the depot to buy the melamine.  They cut it for me (thought to be honest I was a hair off and my dad had to shave a little off for me when he put them in). 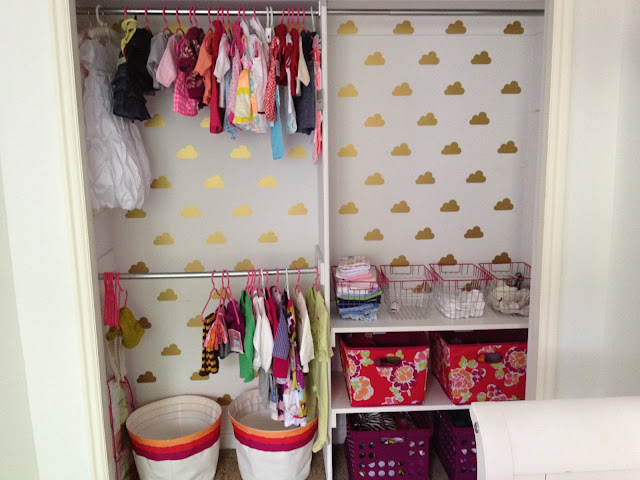 The clouds kind of tie together.... 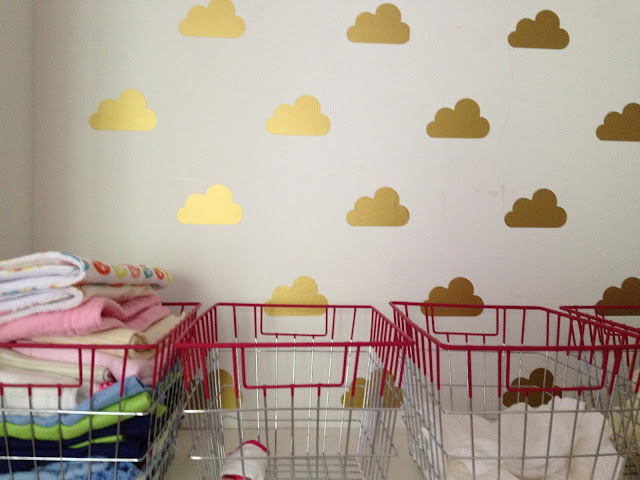 ...the sign I made for above the crib HERE. 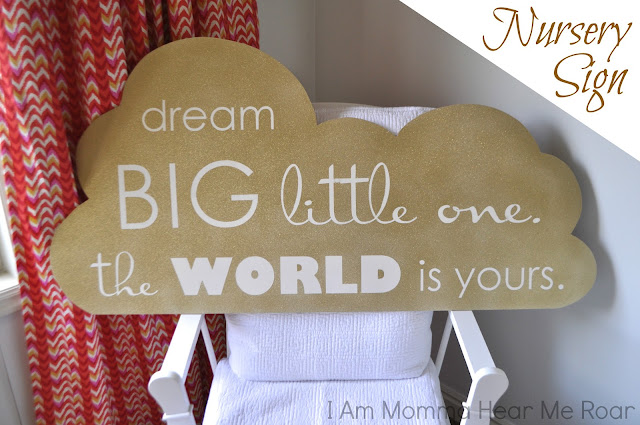 I plan on putting sheer curtains up, but drawn back on the closet.  And when I show you the room next week it'll feature pretty pictures rather than fast ones from my iPhone.  I've become that lazy being 8 months pregnant.  I have to do downstairs to get my DSLR?  No, the phone is fine.

All of next week will be "baby week" and I'll show you any baby stuff I've made then.

Thanks for reading my blog.
Pin It
Email ThisBlogThis!Share to TwitterShare to FacebookShare to Pinterest
by iammommahearmeroar at 6:00 AM

Yes, Cheri, you've obviously become soooo lazy, making your daughter's closet so adorably cute that you can leave the doors off. Whatever!! ;) I love it, her whole nursery (what we've seen so far) is just lovely. Great job.

Yay for baby week! Can't wait! What am I going to do come June when I can't start my day off by reading your blog?! :)

Gosh I love those colors!!! Where did you get the floral baskets in the closet? And the wire ones?

So pretty! I love the idea of making the closet cute too. The sign is wonderful too.

Very cute. Before I read about adding curtains, I thought that painting the moulding hot pink would be fun and frame it out.

So cute and I love that it ties in with the bigger cloud sign. Love the pops of red in the closet too.

I love it. You're awesome Cheri! Can't wait for baby week!!!

Amazing. I can already tell I'm going to LOVE the finished product!!! :)

That is adorable! Really, really cute. Can't wait to see it all together.

ha! Lazy? We were just painting the baby's room when I was 8 months pregnant. :) I got the artwork up AFTER he was born! And that was my first baby, and I've heard of several moms ready at 6 months with their first. :) I love the closet and love those cute bins and the stripes on the laundry hampers.

What a great idea! And so stinkin' cute!!!

The Picanco Family said...
This comment has been removed by the author.
17.5.13

I love it. I, too, am expecting my very first girl (due in July) after having 3 boys. I have been having so much fun turning my previously boy nursery into a girl nursery by sewing curtain, bedding set, blankets, etc. I am so excited for "baby week" next week to see what all you have done and maybe even use a bunch of your ideas.

So far, everything looks lovely. :)
I'm so excited for baby week!