While finishing our master bathroom, I've been hunting for bath mats.  We needed 4, which adds up really fast.  I found some I liked, but they were $20 and I wasn't about to spend $80 on just bathmats.  Previously we had the memory foam ones from Costco, which I loved in the beginning.  However, when it came time to wash them they drove me crazy.  I could only fit 2 in my washer and the edging came off one of them.  They were so bulky.

So I decided to find a way to make my own.  The criteria was that they had to be able to all fit in the washing machine at once, I didn't want to spend too much on them, and they had to work with the color scheme of the new bathroom.  Here's what I came up with. 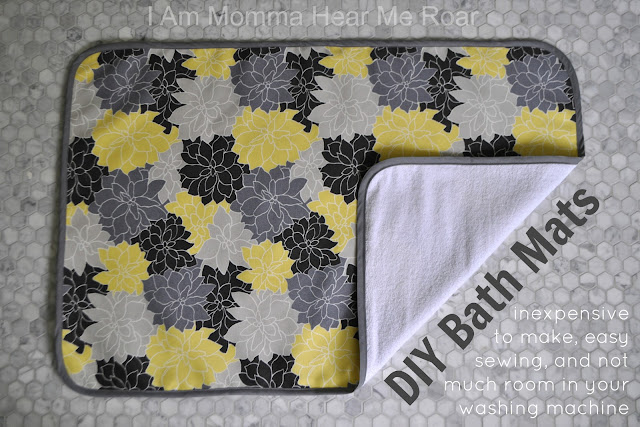 I purchased all the fabric at JoAnn's, but I also waited for all of it to go on sale.  You can also bring your coupons.  The bottom layer is terrycloth - just like a towel.  The top fabric is outdoor canvas.  They are joined with bias tape.

Here's a better look at the process.  I was sure to pre-wash the fabrics, because I figured the terrycloth would shrink a bit. 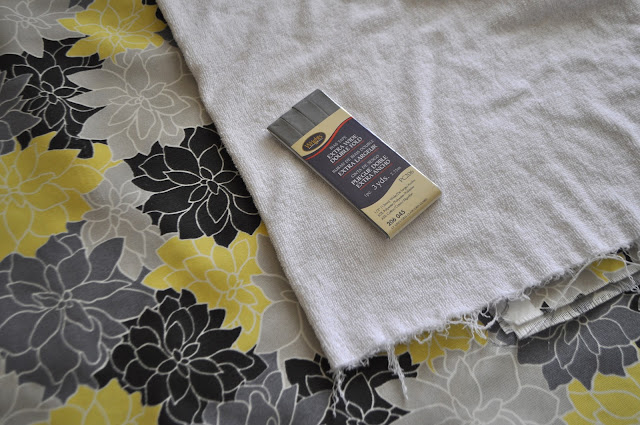 I cut both fabrics to be 22"x32".  Why?  Because I didn't want to have use more than one package of bias tape.  I did the math to be sure I wouldn't have too use two packs and have more seams.

To make 4 mats, I only needed 2 yards of each fabric.  I cut the fabric lengthwise first and then in half.  The terrycloth wasn't as wide on the bolt as the canvas, but it was wide enough for the measurements I just gave you.

I used a CD to help me cut nicely-rounded corners. 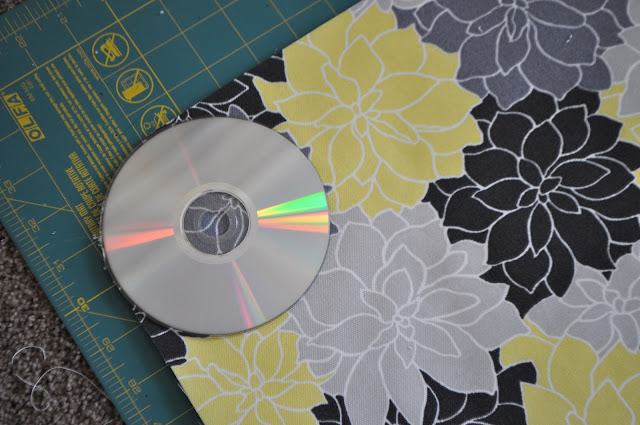 Then I sewed on the bias tape.  For a great tutorial on the right way and the easy way to sew on bias tape, Dana has a helpful post on that HERE.  I like the fast, easy way and I don't like to pin :) 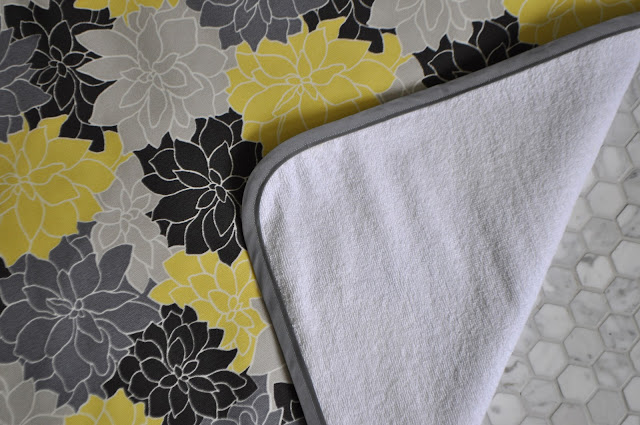 One down, three to go.  Now, these aren't as cushy as the really fluffy bathmats, but I'm excited that they will be so easy to wash.  With the back being terrycloth, they don't slip around much either. 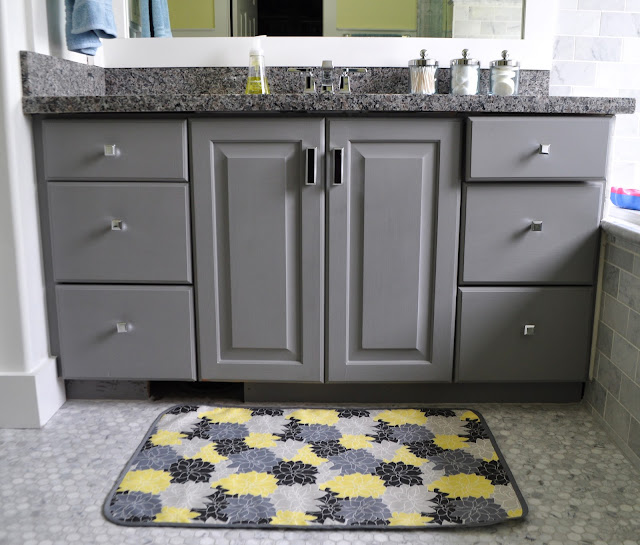 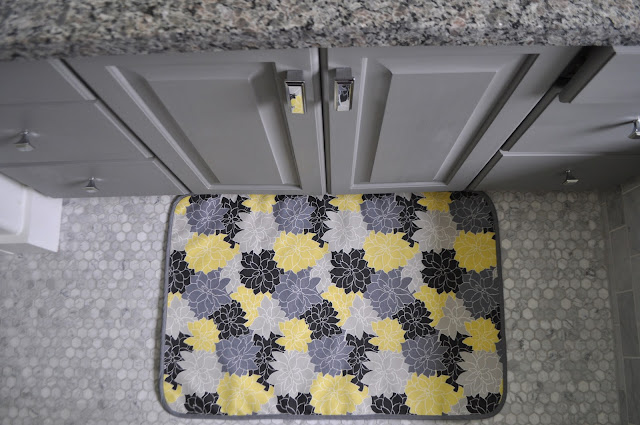 Now we're mostly adding some finishing touches to the room and finishing up filling all the nail holes, etc. 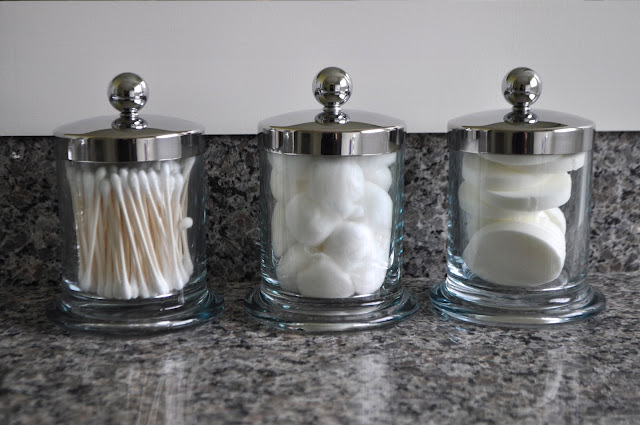 Great Idea! The colors do tie into the room nicely. I like the handles on the doors too.

Very fun! By the way, I got my Silhouette in the mail yesterday and I a so excited to try it out! Thanks!

Gorgeous! I love the colors and the way they coordinate. BTW, where did you get your q-tip and cotton ball holders? We have something similar, but they are junky ones from Kohl's that we registered for 10 years ago, and they are getting rusty.

I love it.... Easy and perfect

This is a really great idea. I love it!

Where did you get the containers for your cotton balls, q-tips, etc? Looking for something exactly like that!

I just got them from Target about a week ago. They should still be there. They were on an end cap when I saw them.

Target about a week ago on an end cap.

I have some towels I could use. This is an awesome idea. I haven't bought anything because it seems so expensive and nothing tickles my fancy. Thanks for sharing!

Brilliant! I think I'm going o take this idea and do the same thing in my bathroom. Thanks for sharing!

How exciting and in the colors I am trying to redo my 3 room suite!

um... you are a genius!!! I hate spending so much on bathmats that eventually get ruined by my kiddos. I never even considered diy!

So smart! Love it!

So lovely! It really does bring in the colors and I love that fabric :)

Looks great with the bathroom - love the touch of color and yellow it adds. Thanks for sharing.

LOVE LOVE LOVE this idea! Both our bath mats are so worn out and it's one of those things I never want to spend money on! Thanks!

Thank you!! Our cats use our bathmats as their beds, so they have to be washed fairly frequently. Regular mats do not stand up to a ton of washings, so we started just using towels...which is not quite as pretty. Can't wait to make my own.